Young men watch a ball fly over their heads into the distance during a spontaneous game of cricket routinely held (in the 1990s) among the tombs and mausolea of dead British Raj officials and family members, buried in Victorian-era Park Street cemetery, on 18th November 1996, in Kolkata, India. The Park Street cemetery was amed “Park Street” after the private deer park built by Sir Elijah Impey around Vansittart’s garden house. The cemetery (opened in 1767) served as a burial ground for the European expatriates who were settled in Calcutta during the colonial period. The cemetery was closed in 1840 due to lack of burial space and is now a heritage site, preserved by the Archaeological Survey of India (ASI) 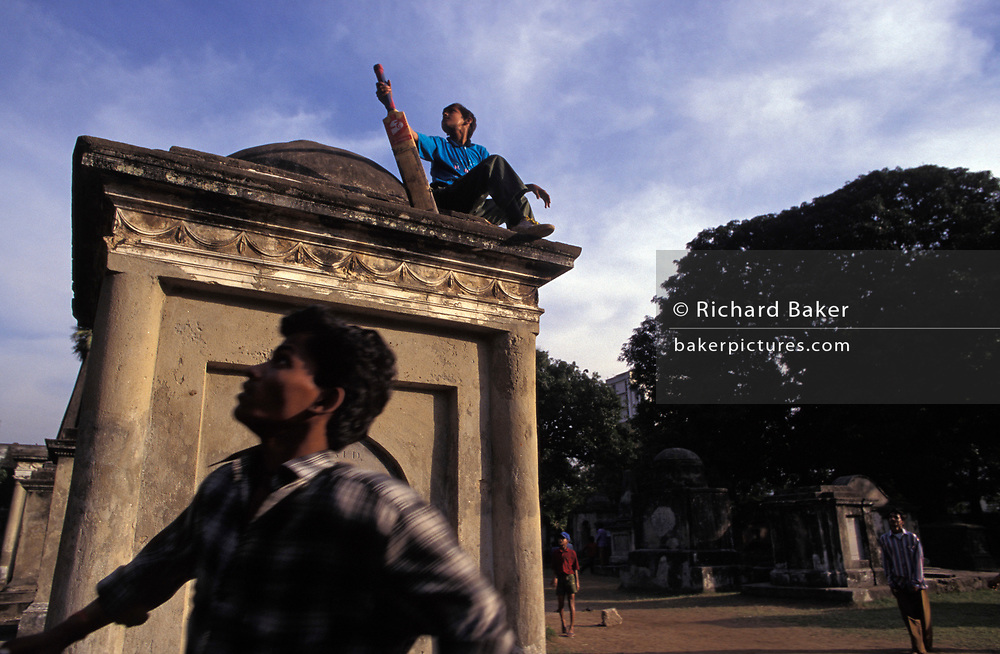