A detail from an ancient Assyrian stone carving (883-859 BC) from Nimrud depicting a scene from the court of King Ashurnasirpal, in the British Museum, on 11th April 2018, in London, England. The detailed reliefs on display in Rooms 7-8 originally stood in the palace throne-room and in other royal apartments. They depict the king and his subjects engaged in a variety of activities. Ashurnasirpal is shown leading military campaigns against his enemies, engaging in ritual scenes with protective demons and hunting, a royal sport in ancient Mesopotamia. 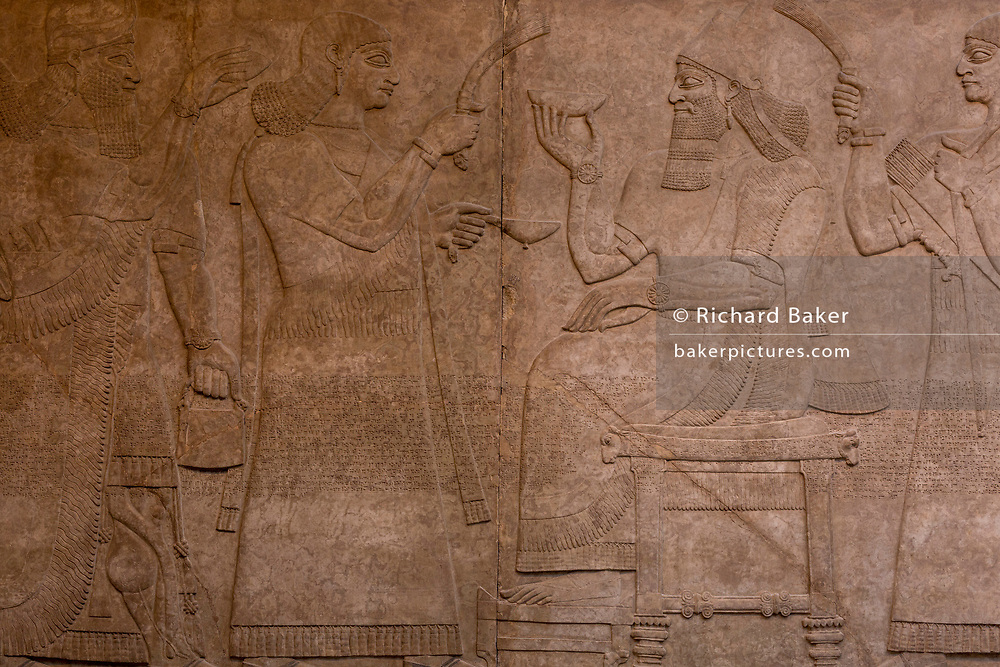