A businessman reads The Times newspaper in the early 90s when the News International title was a broadsheet - before it went to a tabloid format. The headline refers to a British Rail axing of 5,000 jobs, dated Friday 20th November 1992 when it cost just 45 pence. The Times is a British daily national newspaper, first published in London in 1785 under the title The Daily Universal Register (it became The Times on 1 January 1788). The Times and its sister paper The Sunday Times (founded in 1821) are published by Times Newspapers, since 1981 a subsidiary of News International, itself wholly owned by the News Corporation group headed by Rupert Murdoch. 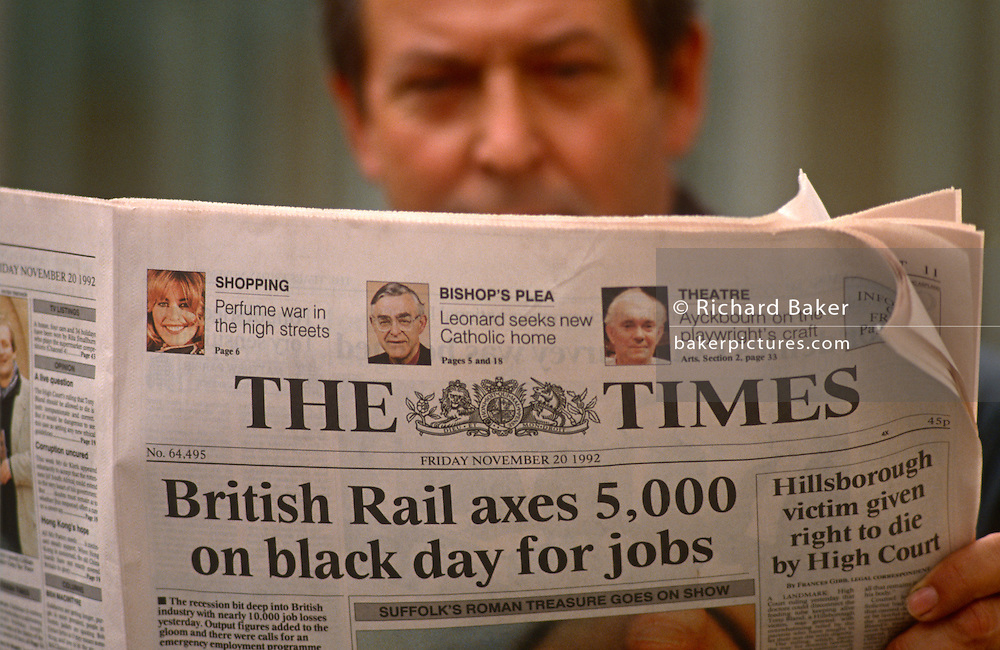