Set in English garden wildflowers is the world's biggest McDonald's in the Olympic Park during the London 2012 Olympics. For the past 40 years McDonalds has been the Official Restaurant Olympic Games. All official sponsors they have paid $957 million to the IOC for the 19 days competition. Hundreds of food outlets at Olympic venues have been forced to take chips off the menu, because of a demand from sponsor McDonald's. Olympic chiefs banned all 800 food retailers at the 40 Games venues across Britain from dishing up chips because of 'sponsorship obligations. This land was transformed to become a 2.5 Sq Km sporting complex, once industrial businesses and now the venue of eight venues including the main arena, Aquatics Centre and Velodrome plus the athletes' Olympic Village. After the Olympics, the park is to be known as Queen Elizabeth Olympic Park. 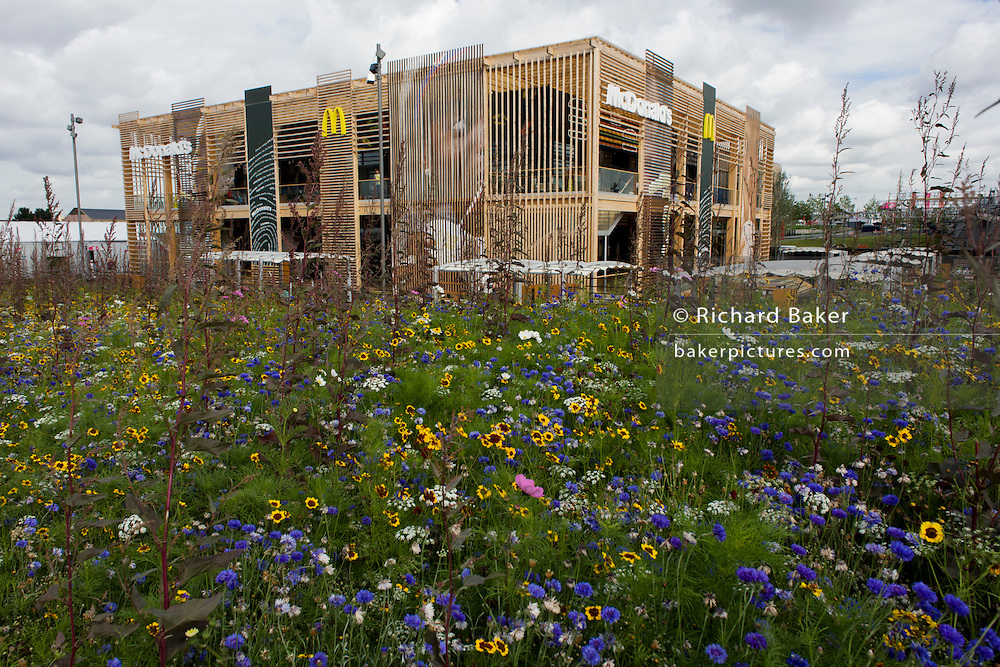