While officers stand in the quadrangle, Britain's royal family appear on the balcony at Buckingham Palace. The VIPs above have all returned from the nearby parade ground at Horseguards where troops perform a marching ceremony on the Sovereign's birthday which is officially celebrated by the ceremony of Trooping the Colour on a Saturday in June. Traditionally they appear on the palace balcony and wave to royalist crowds. In this picture are members of royalty, now deceased including Queen Elizabeth the Queen Mother, Princess Margaret and Pricess Diana. In the distance are officers who have also returned from the parade ground. 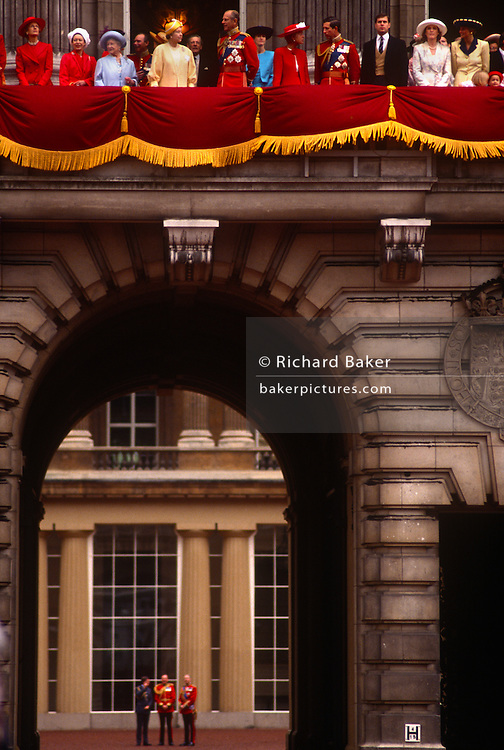