Two young girls dressed in traditional Spanish flamenco attire stop at the childrens' fairground during a lull in the celebrations for the April Feria, Seville. A pair of eyes painted on the front of the train ride engine looks across to one of the girls' similarly-designed dress. It is part of a lively event that Seville holds annually in the vast area on the far bank of the Guadalquivir River. Rows of temporary marquee tents, or casetas, host families, corporations and friends into the late hours during the April Fair which begins begins two weeks after the Semana Santa, or Easter Holy Week in the Andalusian capital. 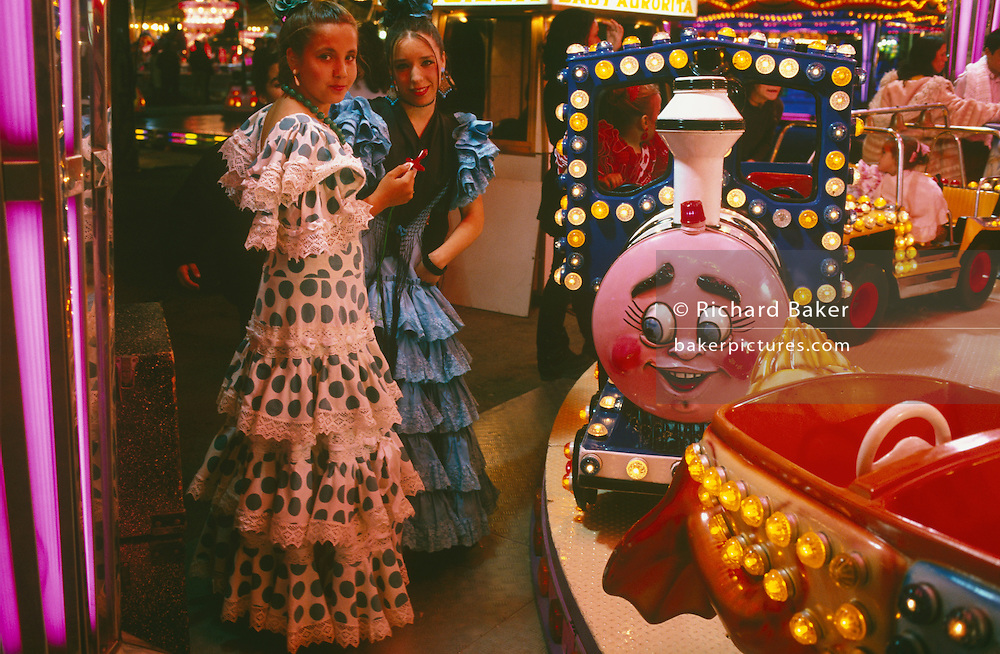