An early sun rises over the misty surface of the River Thames at Dorchester, Oxfordshire. We see a scene of golden light across the perfectly still waters, a landscape of peace and tranquillity. The mirror-like surface is at Dorchester-on-Thames, just above the Thame's confluence with the River Thames. The River Thames is the second longest river in the United Kingdom and the longest river entirely in England (215 miles or 346 km long). It rises at Thames Head in Gloucestershire, and flows into the North Sea at the Thames Estuary. Historically the Thames was only so-named downstream of the village; upstream it is named the Isis, and Ordnance Survey maps continue to label the river as "River Thames or Isis" until Dorchester. 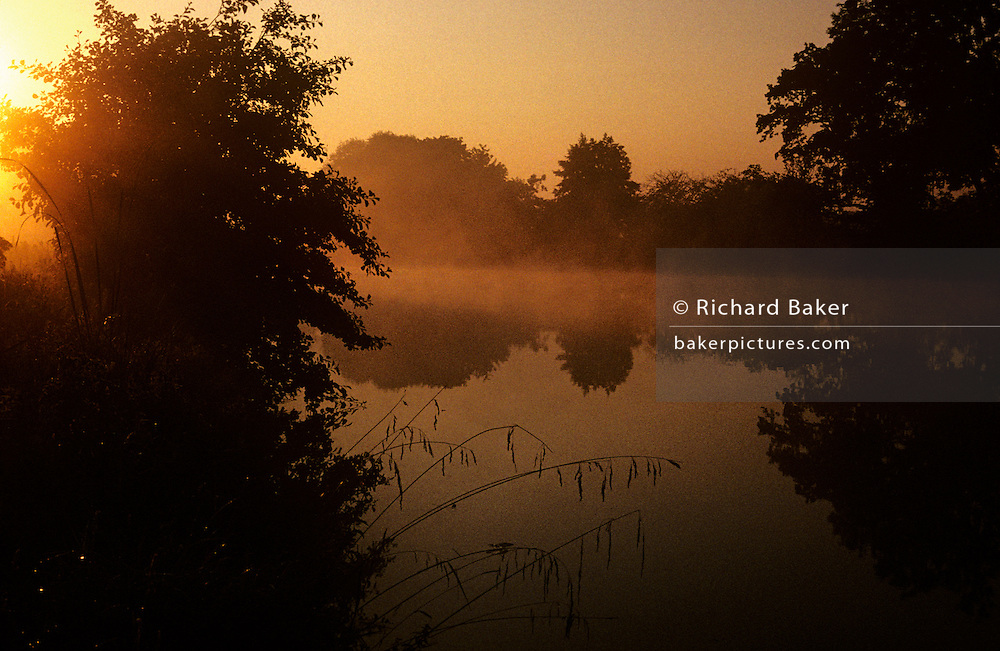