Locals gather to pay their respects to a growing mound of a floral memorial in memory of two people killed by an IRA bomb in the centre of Warrington, Cheshire, England. On 20 March 1993 the explosion by Irish republican terrorists in Bridge Street in the town centre precinct. Two small bombs exploded in litter bins outside a Boots store and a McDonald's restaurant, killing two children and injuring many other people. Although a warning or warnings had been sent, the area was not evacuated in time. Both attacks were perpetrated by the Provisional Irish Republican Army (IRA). Three-year-old Johnathan Ball died at the scene, while his babysitter survived. The second victim, 12-year-old Tim Parry, who received the full force of the blast, was gravely wounded but died weeks later. 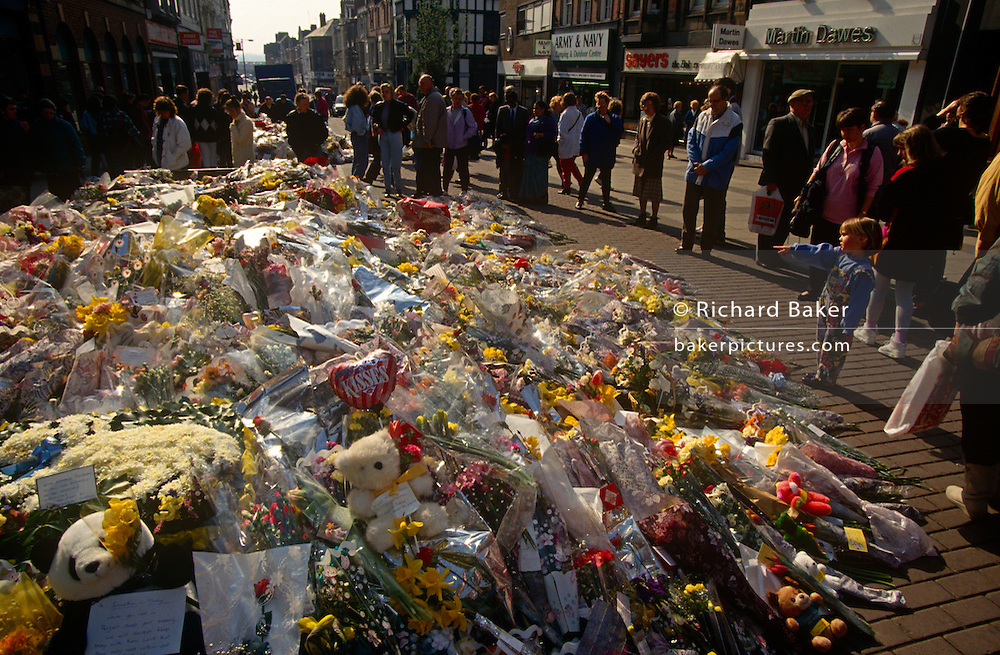