Near the end of the military runway at RAF Mildenhall in Suffolk England, a road sign warns of low-flying aircraft near the base which is populated by the United States Air Force Refuelling Wing. Beneath the triangular sign is a locally made makeshift advertisement for CJ's, a nearby cafe. It is summer and the shrubs are green with white flowers to the side. The sign itself has become discoloured with green algae after being rained on over successive wet weather days. In the UK, the Highway Code for road-users lists this warning sign (always triangular) as "Low-flying aircraft or sudden aircraft noise." Picture from the 'Plane Pictures' project, a celebration of aviation aesthetics and flying culture, 100 years after the Wright brothers first 12 seconds/120 feet powered flight at Kitty Hawk,1903. . 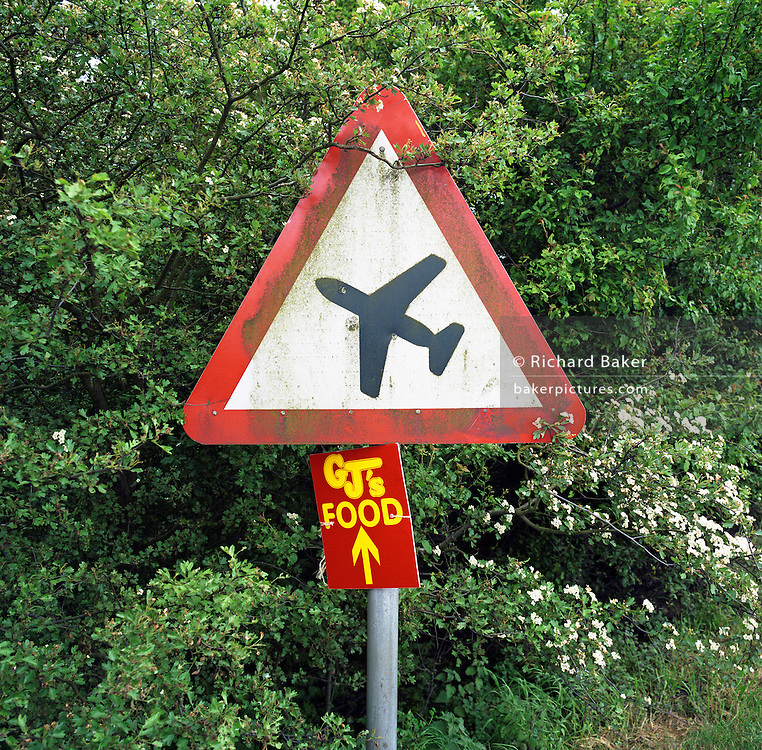