A young magician performs a levitation trick using a lady assistant, in front of a crowd in Covent Garden's Piazza, London. Saying abracadabra or a similar explanation to wow his surrounding audience, the man stands beneath the raised woman, lying horizontally in mid-air. Levitation (from Latin levitas "lightness") is the process by which an object is suspended by a physical force against gravity, in a stable position without solid physical contact. 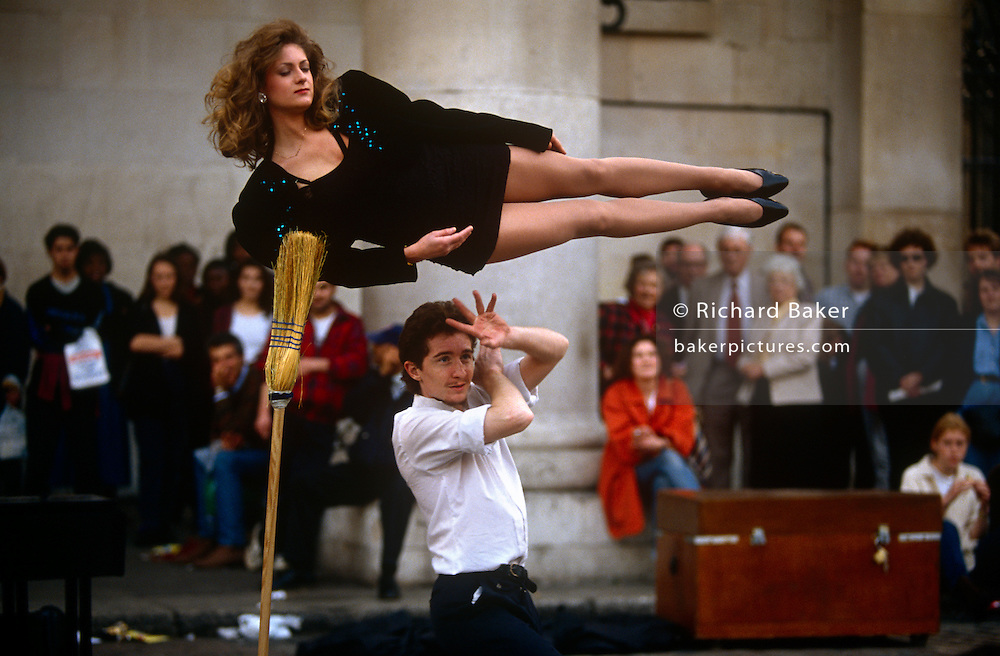