UK - Kingscote - Thomas the Tank Engine on the Bluebell Railway

An engineer polishes a Thomas the Tank Engine locomotive whilst in sidings on the Bluebell Railway at Kingscote, England. The Bluebell Railway is a heritage line running for nine miles along the border between East and West Sussex, England. Steam trains are operated between Sheffield Park and Kingscote, with an intermediate station at Horsted Keynes. The railway is managed and run largely by volunteers. It has the largest collection (over 30) of steam locomotives in the UK, the first preserved standard gauge steam-operated passenger railway in the world to operate a public service, running its first train on 7 August 1960. 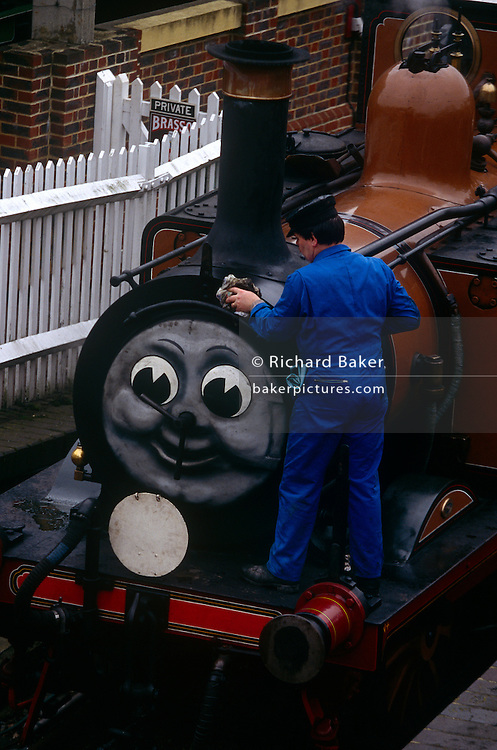