Seen from behind, two young boys tag the inside the 1980s carriage of a 1990s London Underground train, on 8th November 1989, in London, England. in 1980s London, graffiti was a persistent problem that costs the transport company network up to £3 million a year to remove. If caught, juvenile delinquents like usually escaped with only a caution because of their age - although older ones were prosecuted. (Photo by Richard Baker / In Pictures via Getty Images) 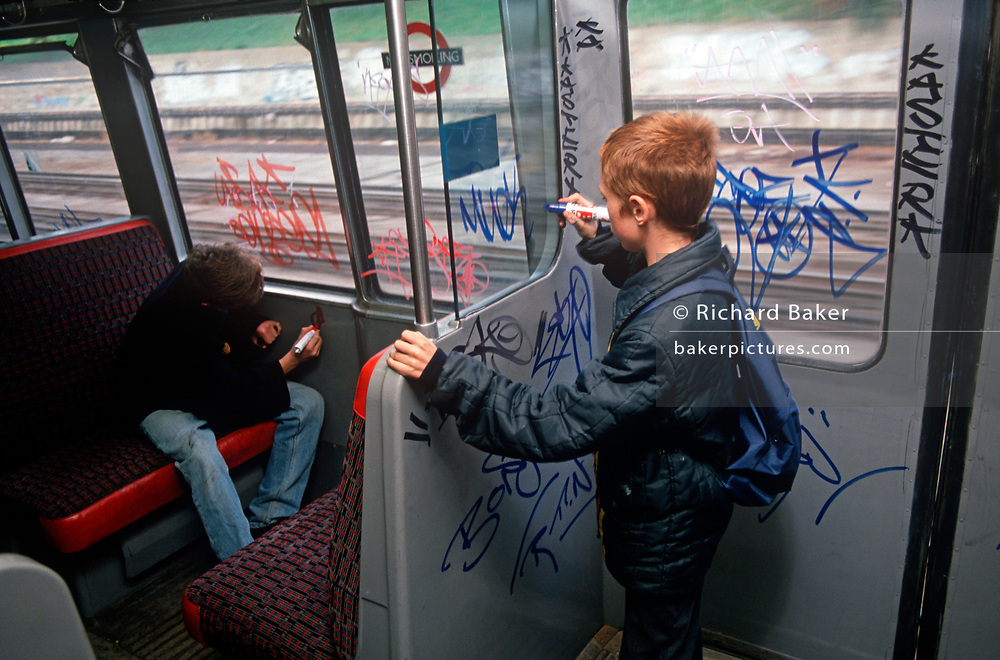