In front of amused elderly passers-by, street performers strut their stuff during a Gay Pride parade of homosexuals and transgender cross-dressers. One wears a bright red and gold costume with feathers just off the road while another wears a dancer's sequined leotard. Gay pride or LGBT pride is the positive stance against discrimination and violence toward lesbian, gay, bisexual, and transgender (LGBT) people to promote their self-affirmation, dignity, equality rights, increase their visibility as a social group, build community, and celebrate sexual diversity and gender variance. 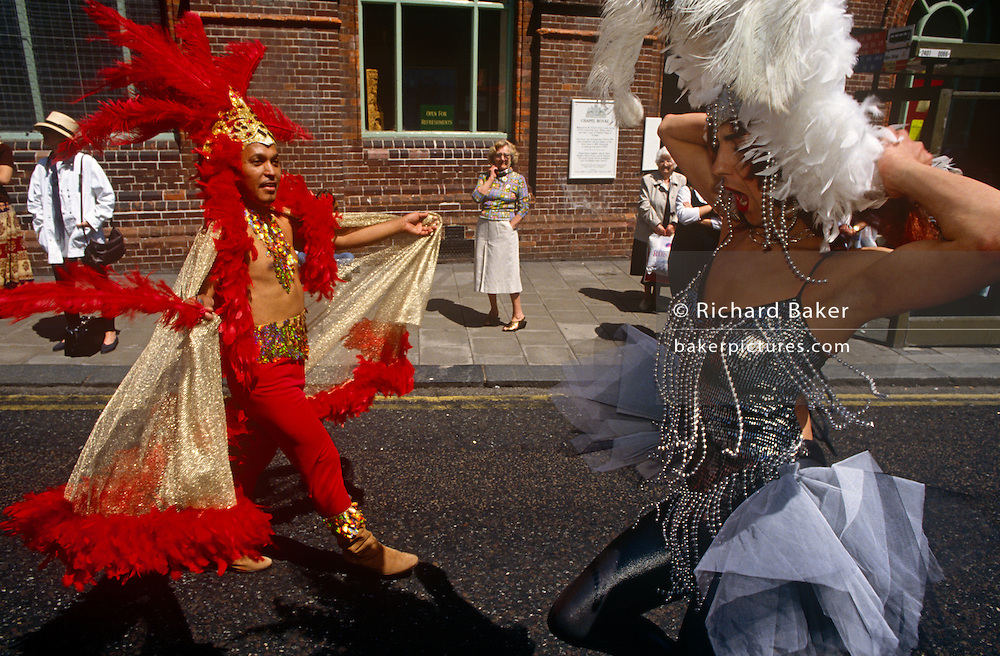