London Fire fighters dampen down smouldering remains from a Simon Snorkel platform after an inner-city estate fire in south London. About 310 people were forced to leave their homes after the fire engulfed a wooden structure under construction in scaffolding at Sumner Road and Garrisbrooke Estate, Peckham, London at about 0430 AM. It spread to two blocks of maisonettes and a destroyed a pub. More than 150 firefighters tackled this unusually large and ferocious fire which injured ten people, including two police officers who received hospital treatment for minor injuries. . 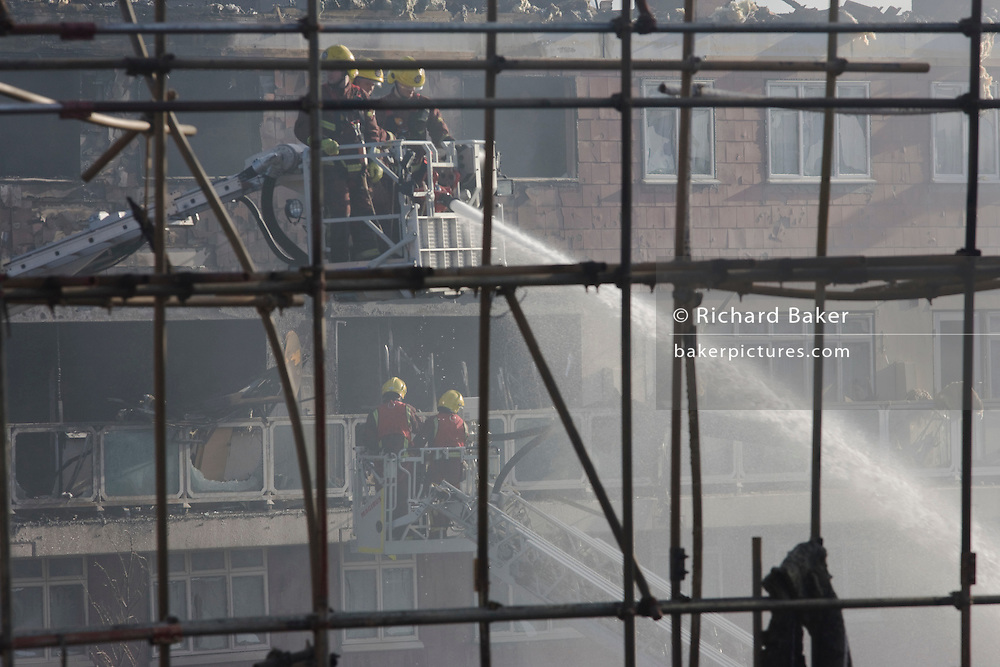