An Apple fan uses an iPad2 to photograph the makeshift shrine, where Londoners commemorate Apple's creator Steve Jobs the morning after hearing of his death overnight from pancreatic cancer at the age of 56 on the 6th Oct 2011. This Apple Store in the capital's Regent's Street was the first to be built in Europe and serves as a flagship outlet for the stylish brand of computer accessories that were largely the brainchild of Jobs who started the company as a student in 1977. 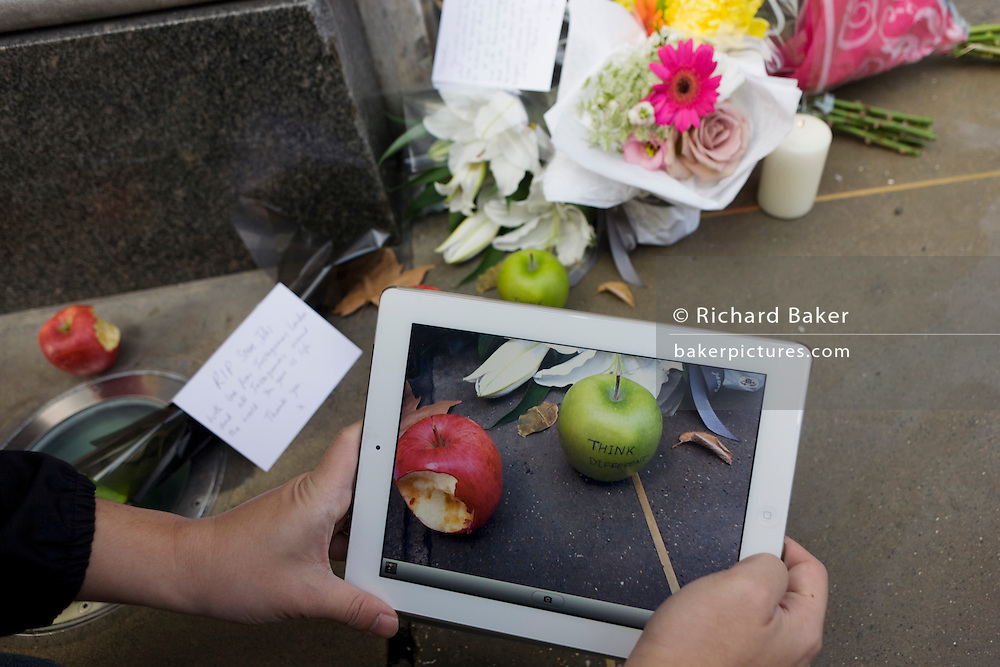