A US Navy airman stands holding a recently-bought hot dog from a food dispenser at the Naval Air Station Sigonella, Sicily Italy. Wearing a green flying suit, the snack is wrapped in a napkin and its chemically-enhanced yellow mustard echoes the stripes and badge of his squadron. Home to over 5,000 military and civilian personnel including family members, Sigonella is an outpost for American nationals who have the luxuries from home freighted out to their remote mission, a hub of naval air operations in the Mediterranean Sea and home comforts keep up morale. Picture from the 'Plane Pictures' project, a celebration of aviation aesthetics and flying culture, 100 years after the Wright brothers first 12 seconds/120 feet powered flight at Kitty Hawk,1903. . 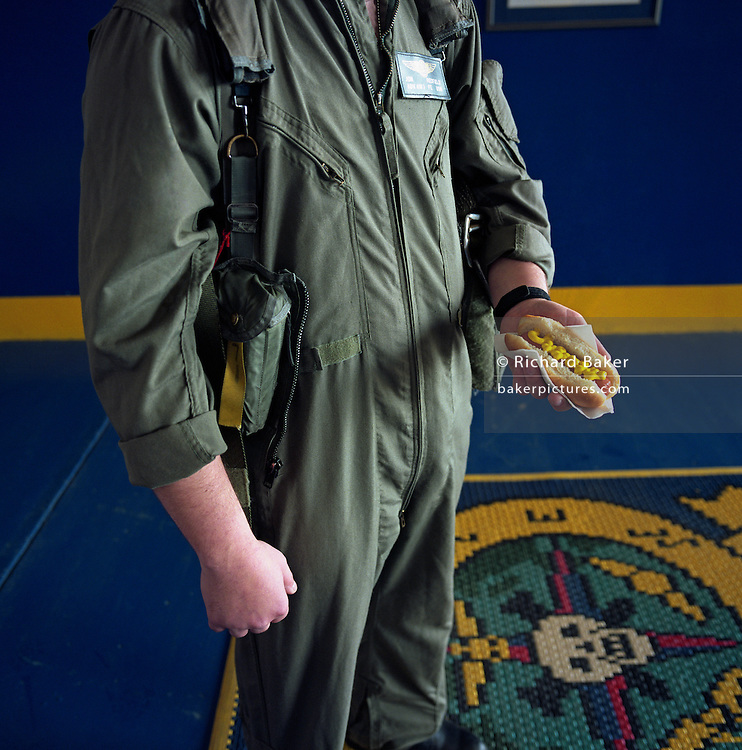