One Week After London Terrorist Attack

One week after the terrorist attack in the UK capital, Londoners and visitors to Britain pay their respects to the scene where flower memorials are left on Westminster Bridge (where pedestrians were mown down by a car) and outside the Palace of Westminster where armed police now guard the location where a police officer was killed, on 28th March 2017, London, England. (Photo by Richard Baker / In Pictures via Getty Images) 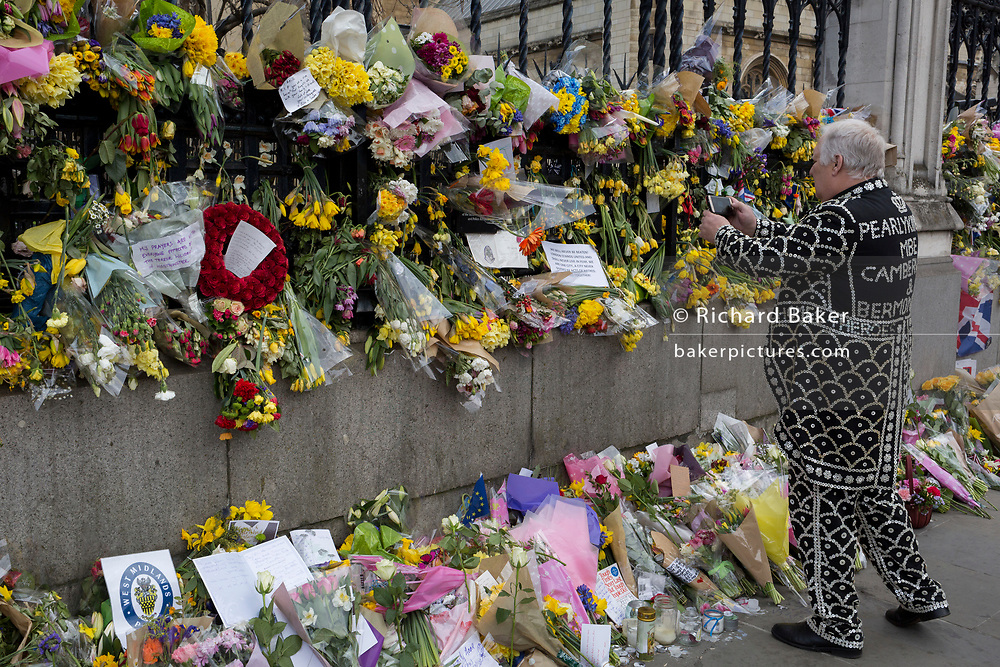