An after-work Christmas party at Coates Wine Bar on London Wall (street) gathers energy after nine o'clock pm at a table near the bar. A group of three girls sing along to a karaoke machine while one of the three sticks out her tongue towards her friend. They are each drinking glasses of white wine and two packets of Marlboro and one of Silk Cut cigarettes lies on the table surrounded by their handbags and other possessions including a camera. There are other people in the background including two men at the bar and a man on his own edging past with a cigarette in his right hand. It is a gloomy place to party with little artificial light to colour (color) the scene. The City of London has a resident population of under 10,000 but a daily working population of 311,000. The City of London is a geographically-small City within Greater London, England. The City as it is known, is the historic core of London from which, along with Westminster, the modern conurbation grew. The City's boundaries have remained constant since the Middle Ages but it is now only a tiny part of Greater London. The City of London is a major financial centre, often referred to as just the City or as the Square Mile, as it is approximately one square mile (2.6 km) in area. London Bridge's history stretches back to the first crossing over Roman Londinium, close to this site and subsequent wooden and stone bridges have helped modern London become a financial success. 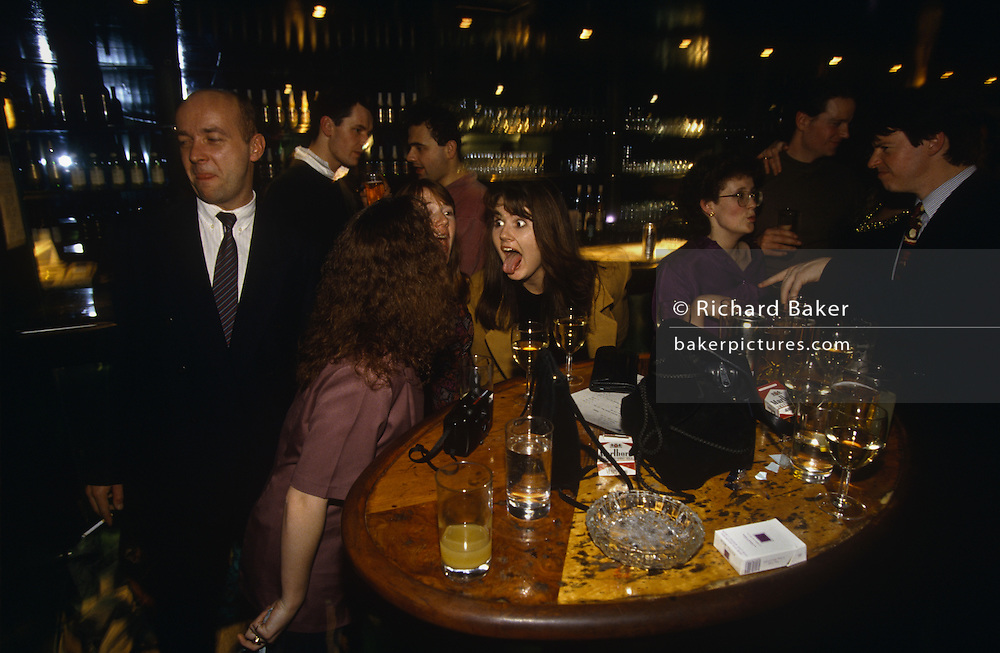