London resident Libyan exiles protest opposite their London embassy against the long-term dictator Muammar al-Gaddafi whose violence has led to a nationwide uprising. Reacting to an interview by an Arabic TV interviewer, a man shows the old Libyan flag now being paraded as an anti Gaddafi symbol. The flag of the independent kingdom was red, black, and green with a crescent and star in the centre. After the Libyan revolution of 1969, the flag was changed to the Arab Liberation Flag of horizontal red, white, and black bands. In 1971 Libya joined the Federation of Arab Republics with Egypt and Syria, which used a similar flag with a hawk emblem in the centre and the name of the country beneath it. When Libya left the Federation in 1977, the new plain green flag was adopted. But during the 2011 uprising, the old flag was once again adopted... 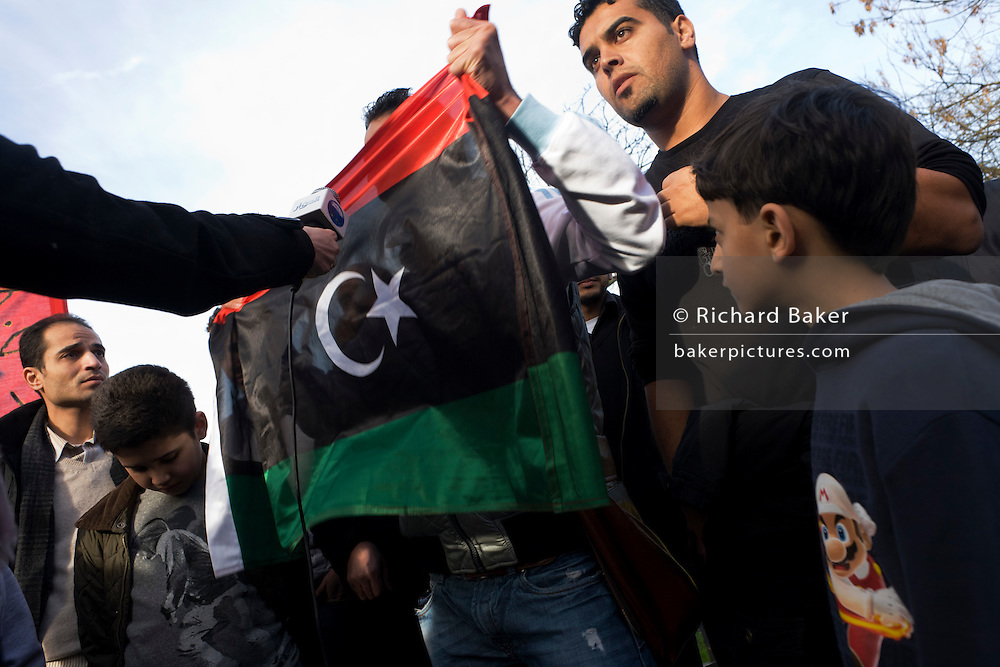