A young child is allowed by an unseen parent to play unknowingly on the memorial for Jewish Kinder Transportees at Liverpool Street mainline Station in the City of London. The Kindertransport is a rescue mission that took place during the nine months prior to the outbreak of the Second World War. The United Kingdom took in nearly 10,000 predominantly Jewish children from Nazi Germany, Austria, Czechoslovakia, Poland, and the Free City of Danzig. The children were placed in British foster homes, hostels, schools and farms. Often they were the only members of their families who survived the Holocaust. 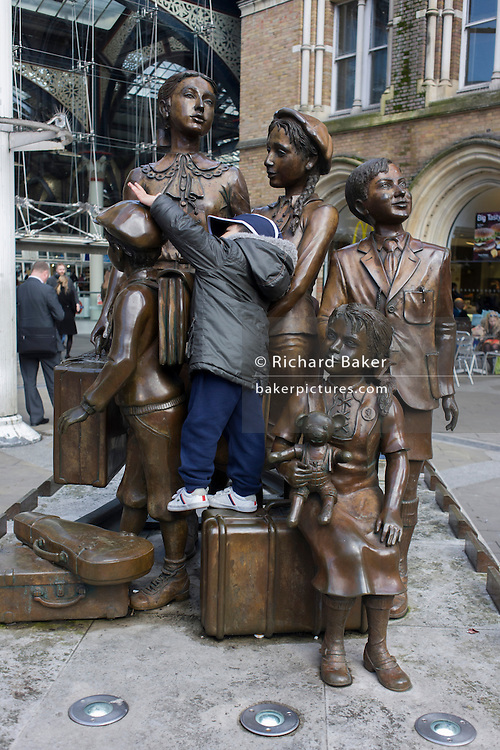