The ancient Parthenon (circa 400 BC, the largest Doric temple ever built) sits on Acropolis hill surrounded by global tourists and scaffolding. Here the modern world's philosophy was born, once the centre of classical Greek culture which the world has inherited for its laws and forward-thinking. Mounted above the Athenian city within fortified 60m high walls, its history is a World Heritage Site, important because of its "universal symbols of the classical spirit and civilization and form the greatest architectural and artistic complex." The establishment of democracy, took a leading position amongst the other city-states of the ancient world. 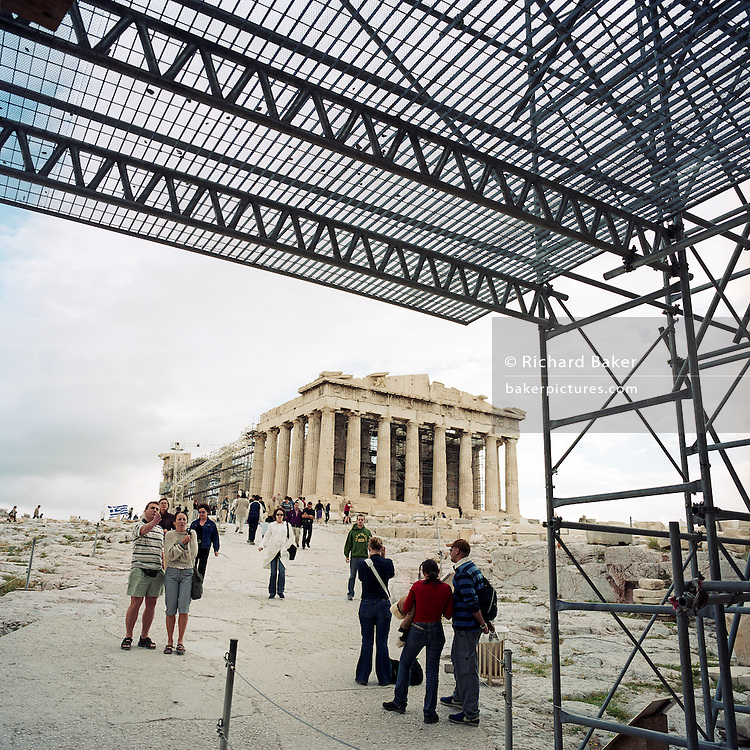