The staircase of 2 Temple Place, on 17th September 2017, in London, England. The main staircase rises up from the Staircase Hall to the Gallery on the first floor. The staircase has seven mahogany carvings by Thomas Nicholls on the newel posts, these representing characters from Alexandre Dumas’s The Three Musketeers. As an example of a late Victorian mansion, it was built for William Waldorf Astor primarily as his state office by one of the foremost neo-Gothic architects of the late nineteenth-century, John Loughborough Pearson. Astor had emigrated to England in 1891 as arguably, the richest man in the world and no expense was spared when work began on Two Temple Place in 1892. Today, the building is owned by the Bulldog Trust and supports the charitable activities of the Trust through exhibitions and events hosted in the building. 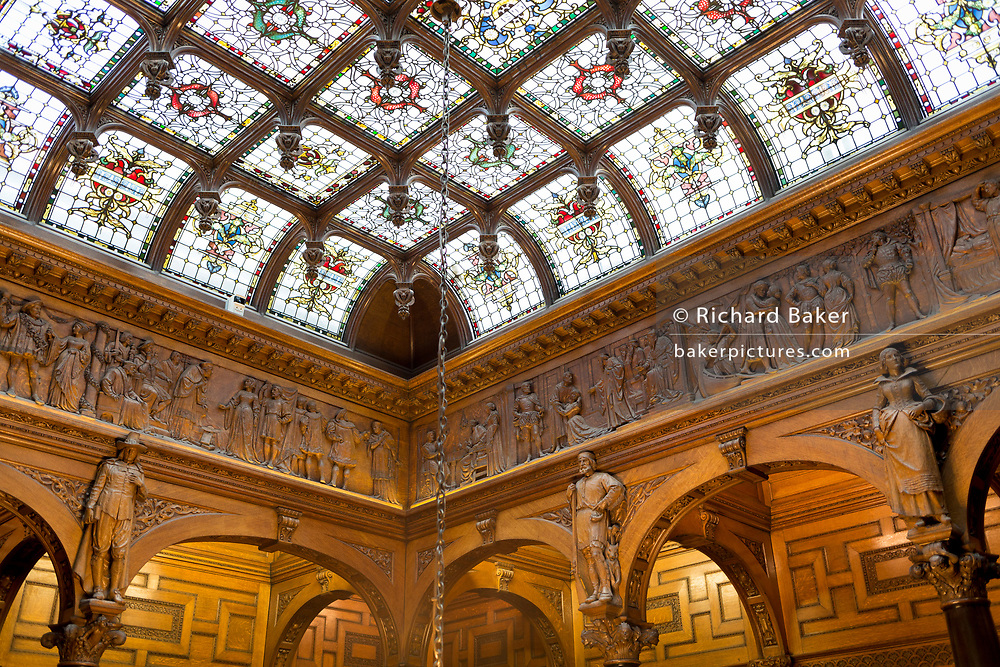