Portuguese office workers have left their desks and PCs to climb on to a building's ledge to watch their national football team during their victory procession through the capital's streets, the day after the Euro 2016 final with France, on 11th July 2016, in Lisbon, Portugal. Lined up along the concrete ledge near Praca Marques de Pombal in the largely corporate and banking district of the city, they take photos and cheer their favourite players, including the national hero/deity, Christiano Ronaldo. (Photo by Richard Baker / In Pictures via Getty Images) 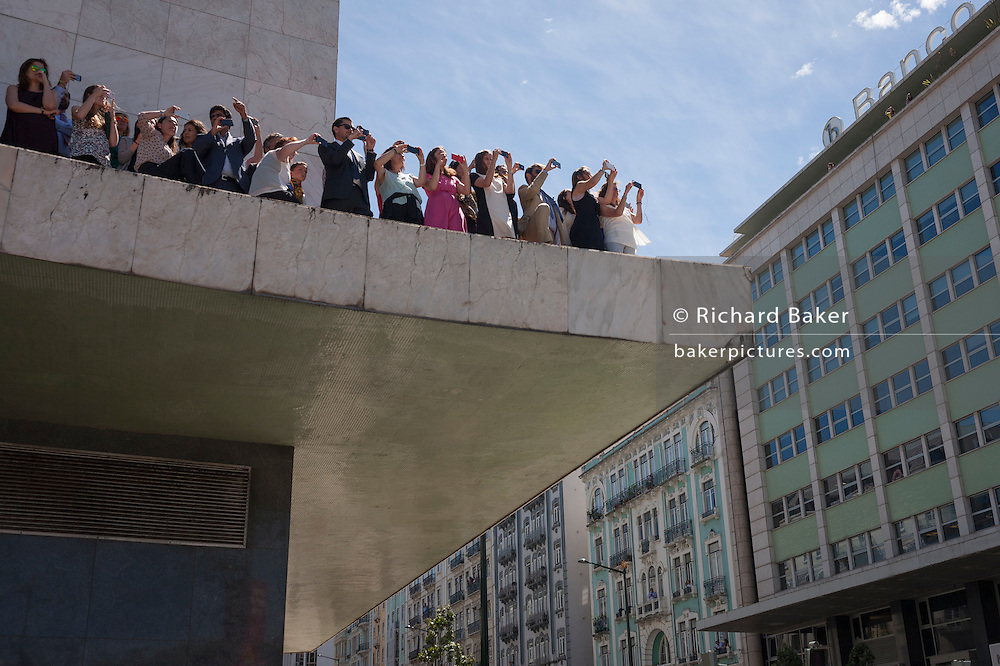