A classic, K-series red British Telecom (BT) pay phone box that is still in use sits surrounded by undergrowth near the harbour at Newport, Pembrokeshire, Wales. Amid a mass of green foliage, the freshly-painted red kiosk stands as an iconic piece of architecture that has graced Britain's towns and villages for 70-odd years. These K-series kiosks were largely designed in 1936 by the renowned designer Giles Gilbert Scott. With the increasing use of mobile phones the static phone boxes are still used in remote areas of the UK where mobile service is still patchy and in major towns and cities, their presence is becoming rarer. In rural regions however, the British red phone box is still a delight to see and use. 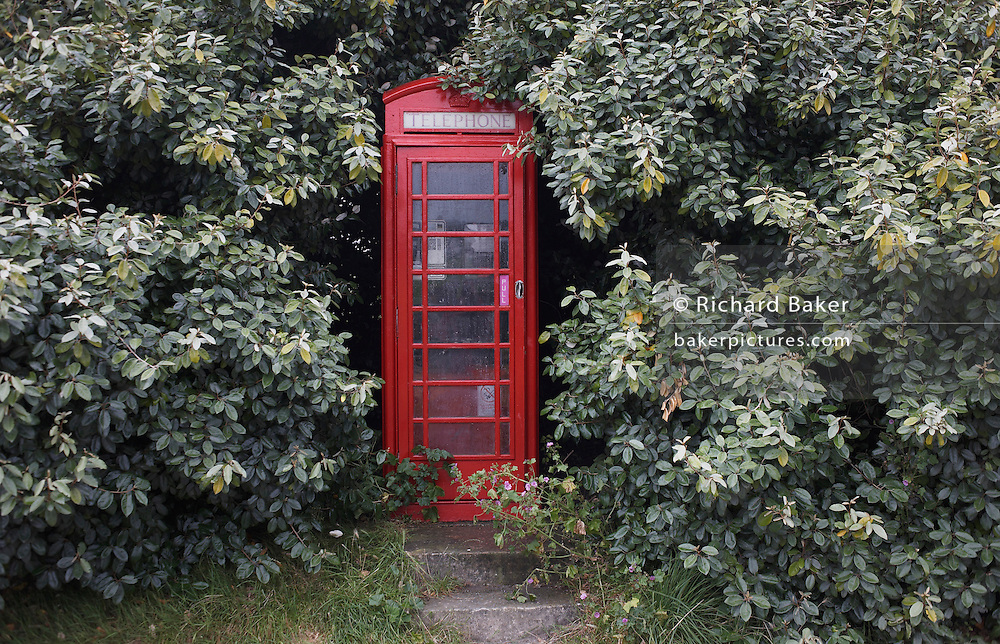