Three citizens from the Chinese Special Economic region Hong Kong stand along a vertical banners filled with Chinese characters on a sunny day in Tsim Sha Tsui on the Kowloon side in 1995. This is dated two years before the ransfer of sovereignty of Hong Kong from the United Kingdom to the Peoples Republic of China (PRC), often referred to as "The Handover" on June 30, 1997. But at the time of this picture, these people are still under British rule and the transfer of legal and financial authority back to China has still to happen. They are therefore still British subjects, with British passports, living under British law. 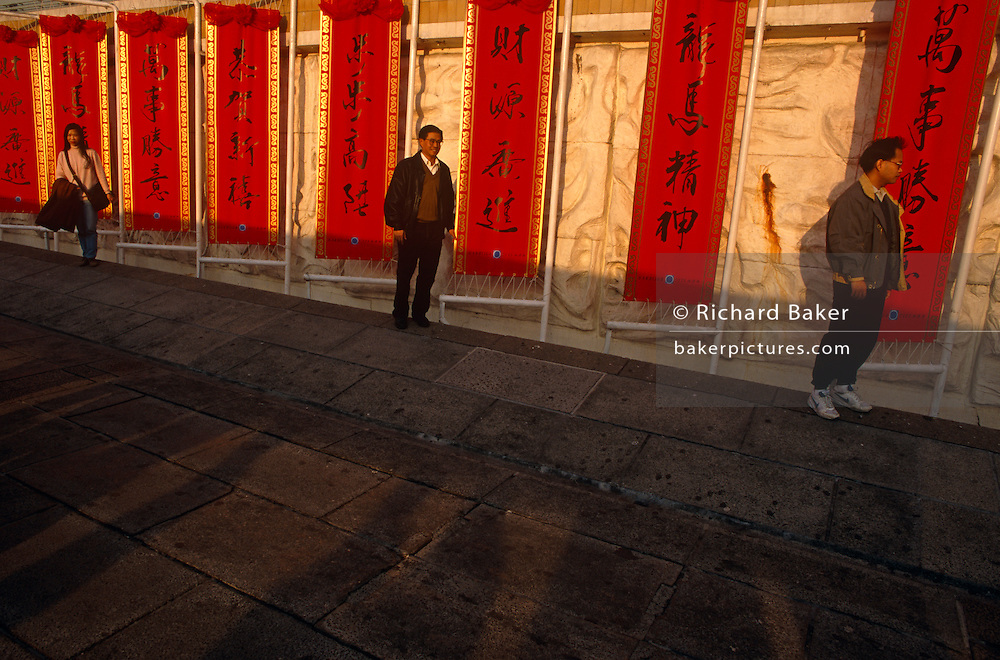