UK - London - Theatre-goers at the entrance of the Vaudeville

The faces of theatre-goers mix with the actors at the entrance of the Vaudeville in London's Strand where Arthur Miller's Broken Glass is playing. The actors' faces of the production's starring roles are seen in their characters during the Miller's play. Bob Hiskins, Tara FitzGerald and Antony Sher all share the limelight in this story focusing on a couple in New York City in 1938, the same time of Kristallnacht, in Nazi Germany. The play's title is derived from Kristallnacht, which is also known as the Night of Broken Glass. 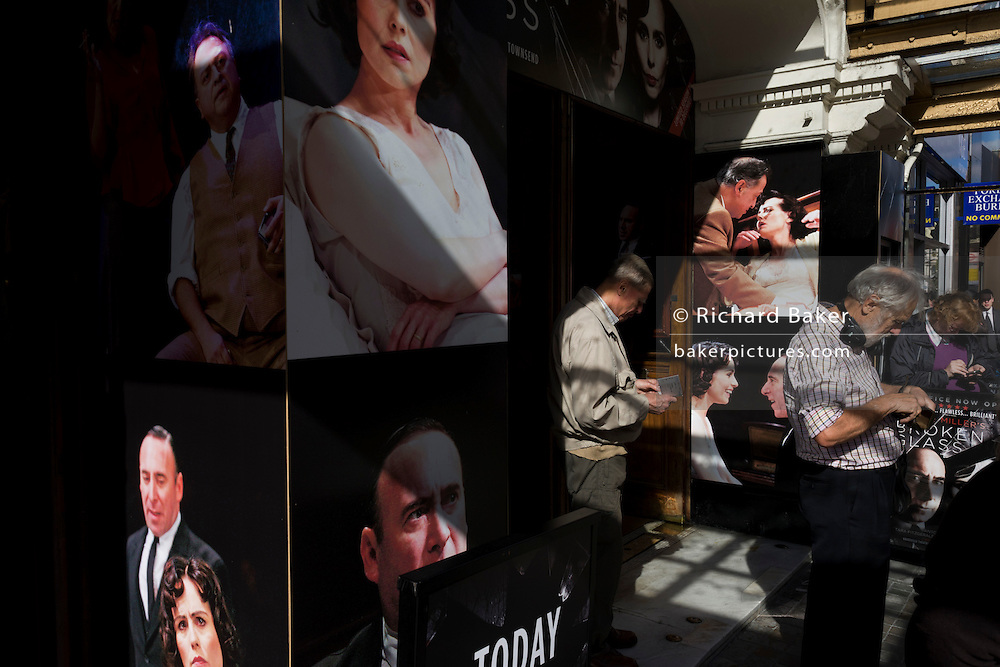