A young girl of Asian descent pushes her doll in a pushchair uphill in an empty terraced Dingle Liverpool street. Walking up the steep pavement she pauses to look at the viewer in her pink dress. There is no-one else in the landscape and the little girl is quite alone in this inner-city scene. Dingle (known locally as the Dingle) is an inner-city area of Liverpool, Merseyside, England. It is located to the south of the city, bordered by the adjoining districts of Toxteth and Aigburth. At the 2001 Census, the population was recorded at 13,246. Dingle is the last of the southern inner-city districts of Liverpool. 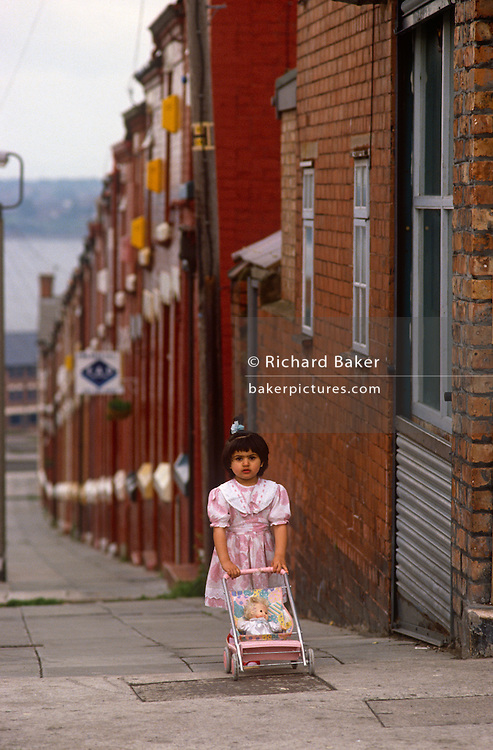