Margaret Thatcher plays up to the media at a North London school in her own constituency of Finchley during the 1992 general election. Although Thatcher had already resigned as Prime Minister in November 1990, John Major won the ensuing leadership election later that year. Photographers and cameramen surround the former-Prime Minister who is wearing a purple suit and matching broach. She is mid-sentence and has found something amusing to respond to the chants of the media. We see cameras, sound booms and flashes all prepared to photograph this famous statesman including Tom Stoddart who is making eye-contact with the viewer. 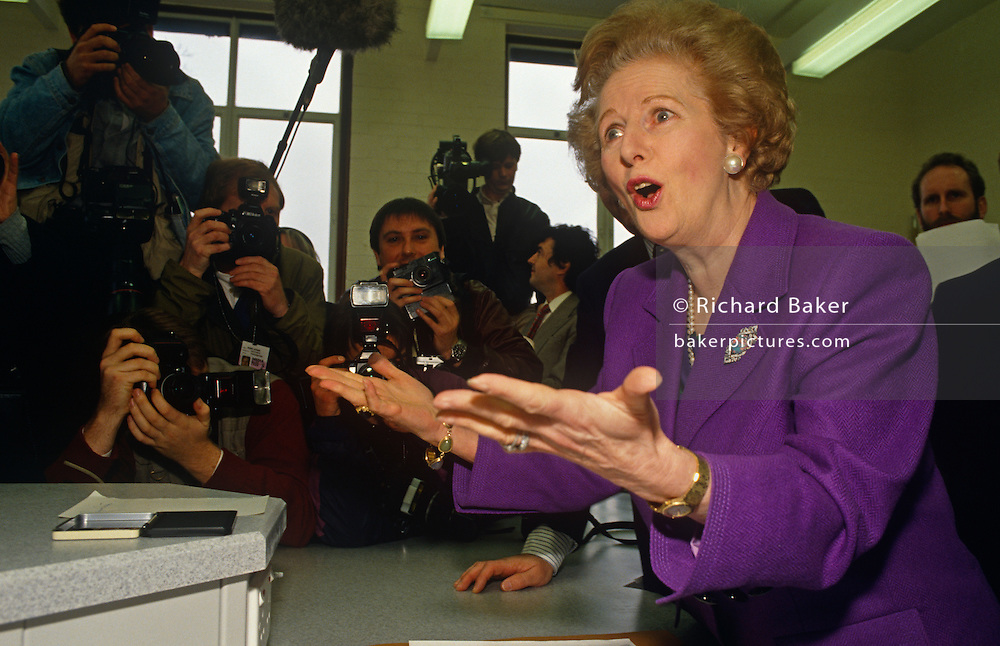