Italy - Florence - Aerial of Via de Calzaioli in Florence

The commercial and shopping street Via de Calzaioli plus rooftops and housing seen in early evening of city of Florence seen from Giotto's Bell Tower (campanile). In the background is the fortress palace called the Palazzo Vecchio. Florence (Firenze) is the capital city of the Italian region of Tuscany and of the province of Florence. It is the most populous city in Tuscany, with 367,569 inhabitants (1,500,000 in the metropolitan area). The city lies on the River Arno and is known for its history and its importance in the Middle Ages and in the Renaissance, especially for its art and architecture. A centre of medieval European trade and finance and one of the wealthiest cities of the time, Florence has been called the Athens of the Middle Ages. 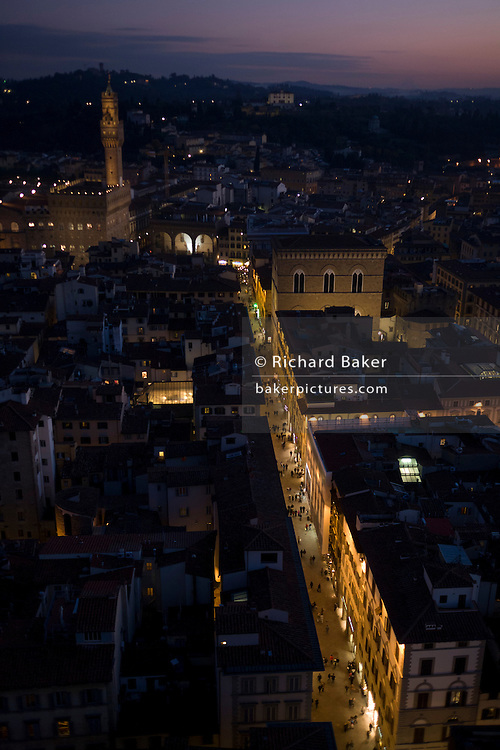