An urban landscape on the soon-to-be demolished Aylesbury Estate, on 4th September 2018, in Southwark, London, England. The Aylesbury Estate contained 2,704 dwellings in approximately 7500 residents and built between 1963 and 1977 and for decades it was seen as a symbol of the failure of British social housing. There were major problems with the physical buildings on the estate and the poor perception of estates in Britain as a whole have led to the Aylesbury Estate gaining the title of "one of the most notorious estates in the United Kingdom. Demolition is in progress for the regeneration of the Aylesbury Estate to consist of 3,500 new homes, 50% of which, according to Southwark council, will be affordable. 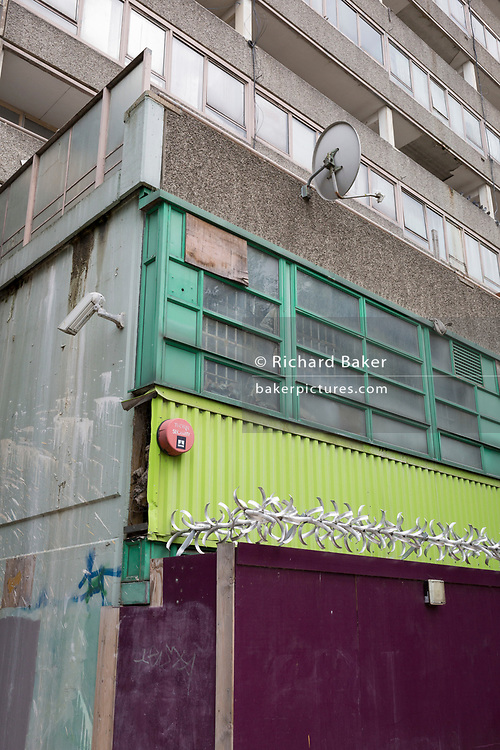