Red-shirted US Navy ordnance crewmen prepare to fit smart bombs and missiles to an F/A-18 fighter jet on the deck of US Navy aircraft carrier USS Harry S Truman during its deployment patrol of the no-fly zone at an unknown location in the Persian Gulf, on 8th May 2000, in the Persian Gulf. The Truman is the largest and newest of the US Navy's fleet of new generation carriers, a 97,000 ton floating city with a crew of 5,137, 650 are women. (Photo by Richard Baker / In Pictures via Getty Images) 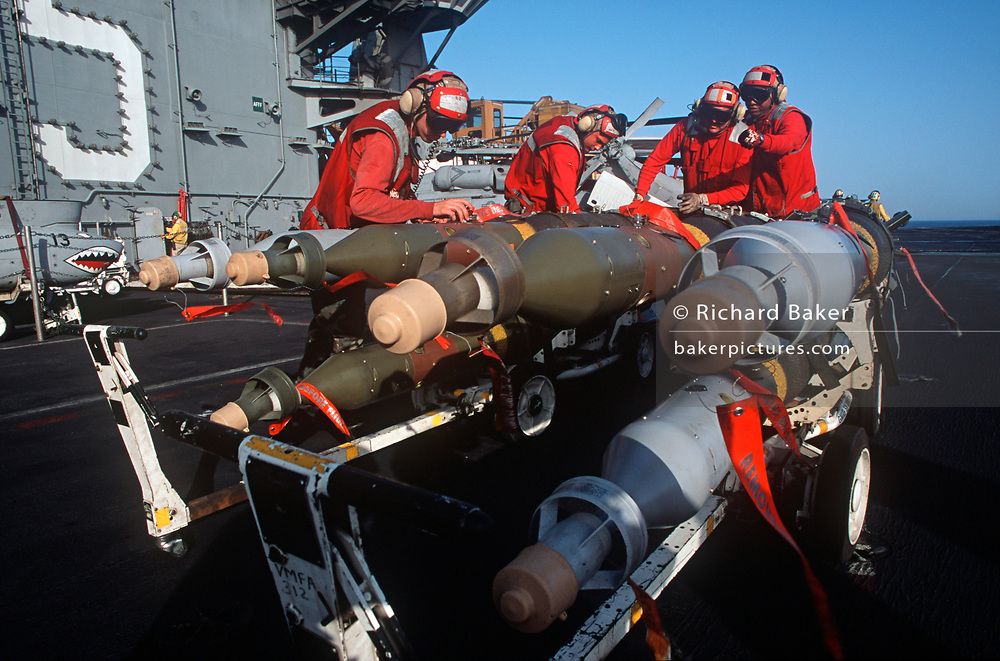