Beneath Corinthian pillars and columns, two Met Police officers keep a lookout from a balcony during the annual Trooping of the colour parade in the Mall. From their high vantagepoint, the two policemen watch spectator crowds as members of the armed services as they march past towards the nearby parade ground at Horseguards. Security is tight in an era of IRA terrorist activity in the early 1990s. The Sovereign's birthday is officially celebrated by the ceremony of Trooping the Colour on a Saturday in June. 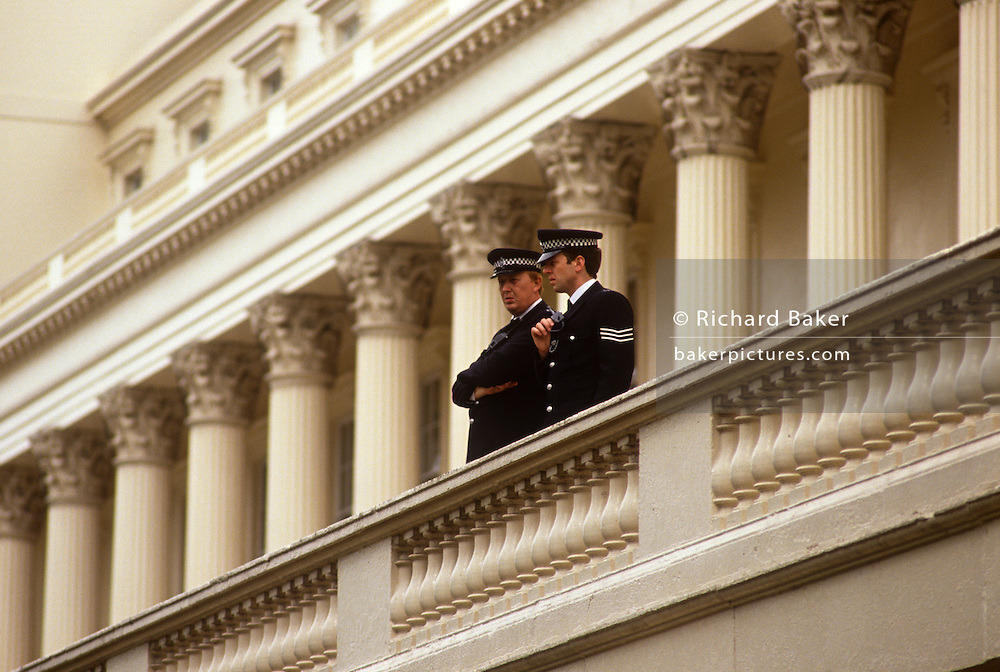