Foreign media tape markings for their TV broadcasts outside St Mary's Hospital, Paddington London, where media and royalists await news of Kate, Duchess of Cambridge's impending labour and birth to a baby boy. Some have been camping out for up to two weeks during a UK heatwave, having bagged the best locations where the heir to the British throne will eventually be shown to the waiting world. 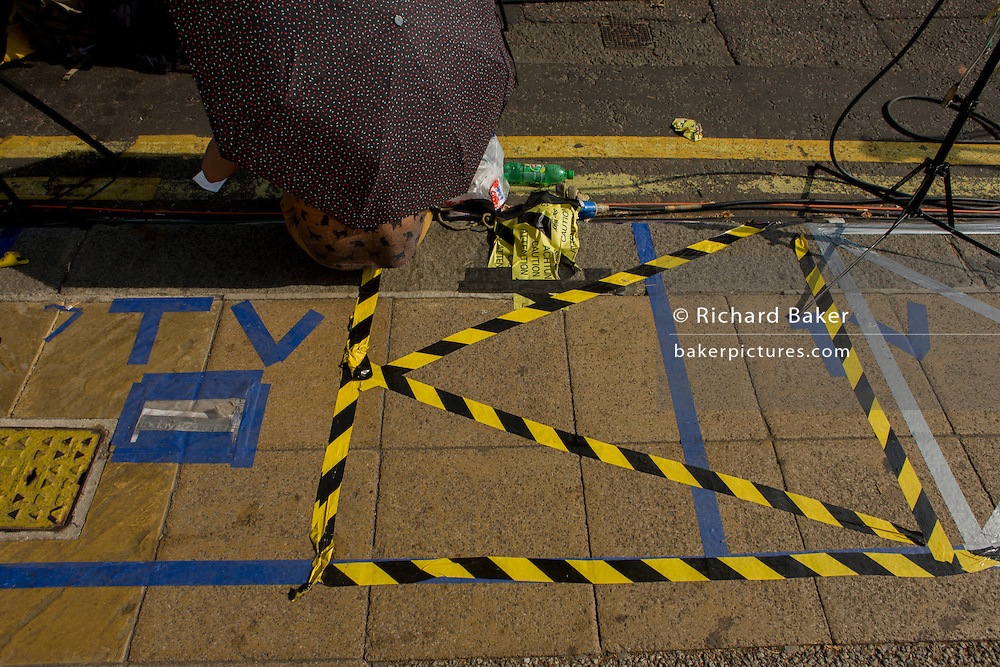