Prices at the pumps in the Jet petrol station, Europe's first completely unleaded forecourt in London in 2001. The detailed picture shows us the amounts we paid for fuel in the early part of the 21st century when the UK's economy was still very prosperous, before the crashes and recessions of the following decade. This forecourt was the first to offer exclusively Unleaded petrol which wasn't then available across the country. Drivers were forced to journey to specially-converted stations far apart. On this day, it cost 36.8p a litre whereas 13 years later it would cost roughly £1 more for the same amount. 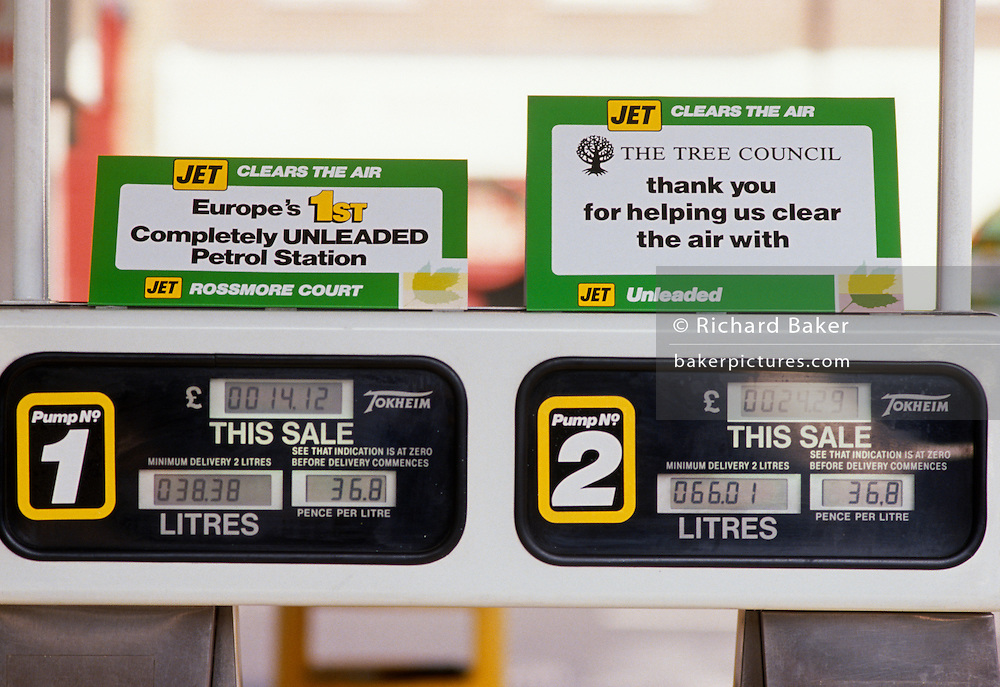