A young boy wearing his school uniform kicks the door of a burned out car that was set alight by vandals beneath the infamous Divis flats of the Catholic Lower Falls Road, West Belfast, on 7th June 1995, in Belfast, Northern Ireland, UK. The Divis Tower was a flashpoint area during the height of the Troubles. Nine year-old Patrick Rooney a child of a similar age to this lad, was the first child killed in the Troubles, killed in the tower during the Northern Ireland riots of August 1969. 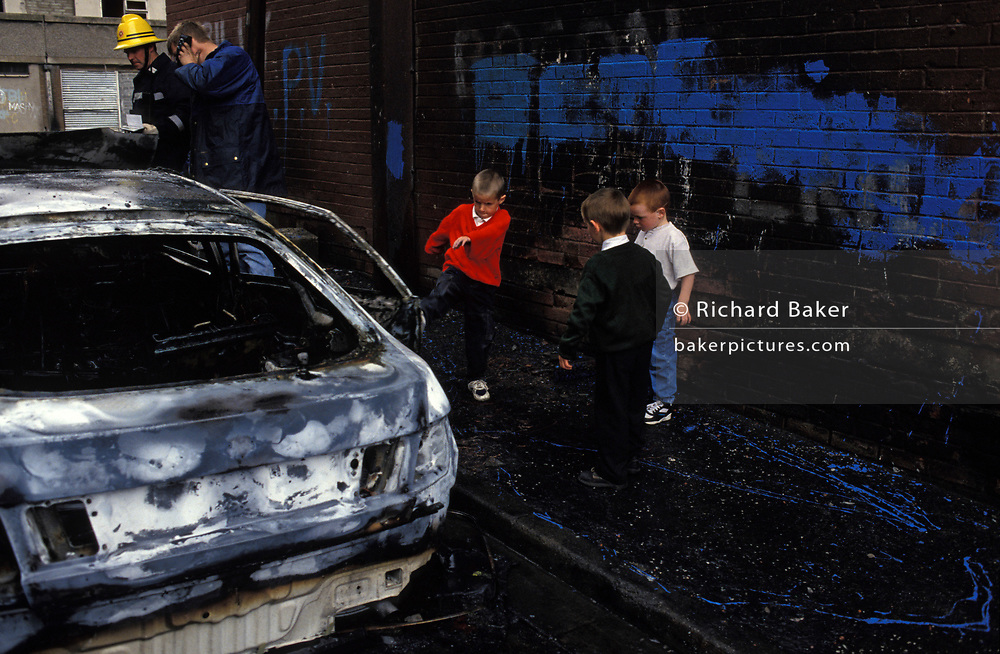