A man of Afro-Caribbean birth, clutches at his scarf to keep out freezing temperatures during a cold snap in south London. Falling snow has settled on the man's black hair and even turned his eyelashes white after his walk from home to a local bus stop from where he is trying to commute to work. Because of skin colour, the white snowflakes make this picture a largely monochrome scene, adding to the bleak sense of wintry conditions. He is clearly unprepared for winter, wearing neither hat nor gloves and looks chilled to the bone thanks to the heat he's losing through his head and upper body. The climate of this part of the northern hemisphere can be ferocious for those ill-equipped or at the very least, unpleasant for those from warmer parts of the world. 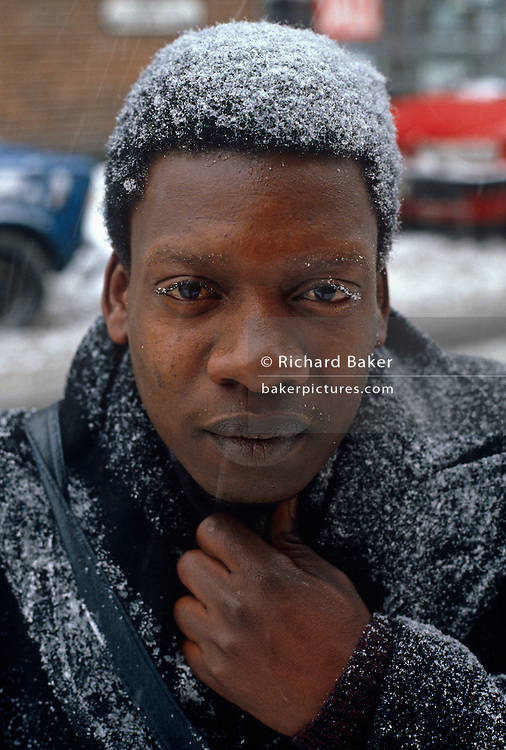