Leader of the Opposition and future Prime Minister, the Rt. Hon. Tony Blair MP, sits reading newspapers whilst on a train en-route to an evening Labour Party rally in Nottingham, 2 years before his victory in the 1997 General Election, on 2nd February 1995 in London UK. Then, he could travel in relative obscurity, without large security details. Anthony Charles Lynton "Tony" Blair (born 6 May 1953) is a British politician who served as the Prime Minister of the United Kingdom from 1997 to 2007 and the Leader of the Labour Party from 1994 to 2007. 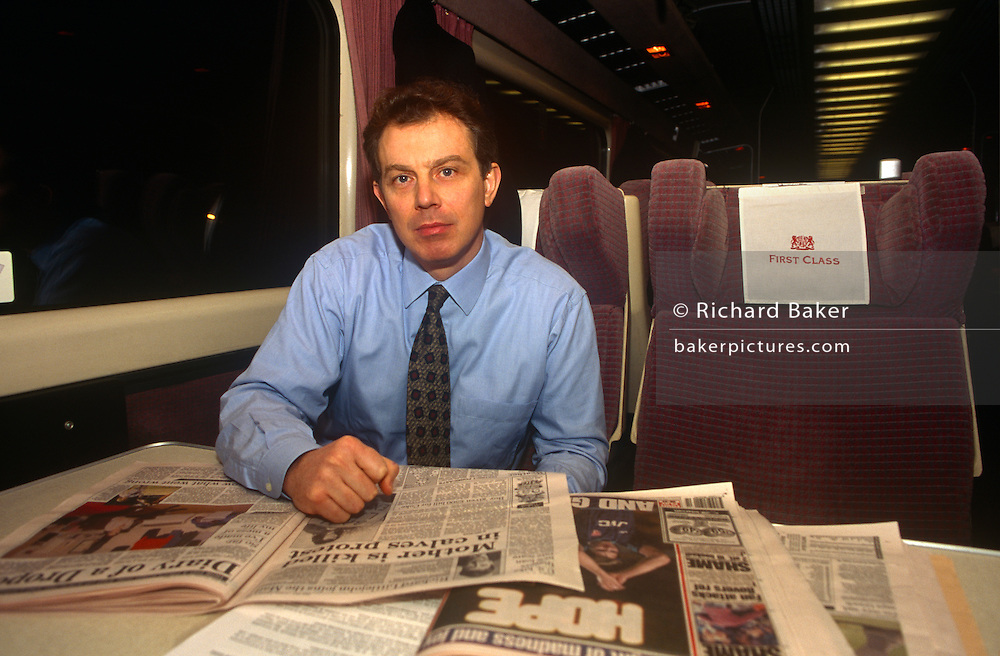