An insurance underwriter or broker stands on the floor at Lloyds of London's Richard Rogers headquarters building. He reads pages from what is known as the Loss Book, a centuries-old tradition. Since the time of Edward Lloyd's Coffee House in the seventeenth century, the Loss Book has been the focal point for gathering intelligence and keeping a record of the commercial ships lost to the mighty oceans. Today, a feature of visits to Lloyd's is a look at the famous Loss Book and an example of its counterpart from 100 years earlier. The Lloyds market began around 1688 and is today the world's leading insurance market providing specialist insurance services to businesses in over 200 countries and territories. 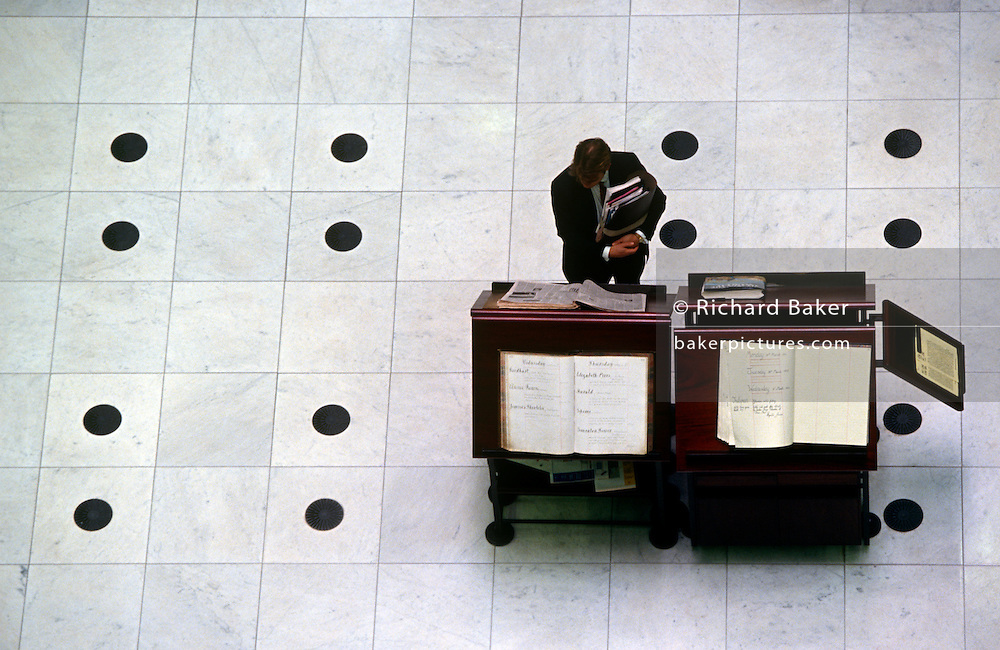