Hours before it was removed by the Canal and River Trust, the statue of merchant slave owner, Robert Milligan stands partially covered by Black Lives Matter activists outside the Museum of London's Docklands Museum on the former quay of West India Docks, on 9th June 2020, in London, England. Scottish merchant Robert Milligan (1746 - 1809) grew up on his family's sugar plantation in Jamaica and by the time of his death, owned 526 slaves of his own. Because of the theft of his sugar and rum cargoes from the docks of the day, he and other busnessmen built the massive West India Docks trade hub, him becoming Deputy Chairman of the West India Dock Company. In the aftermath of the George Floyd protests in the US and UK Black Lives Matter groups, who are calling for the removal of statues and street names with links to the slave trade, Milligan's and other statues of British slavery owners and profiteers, have become a focus of impassioned protest. 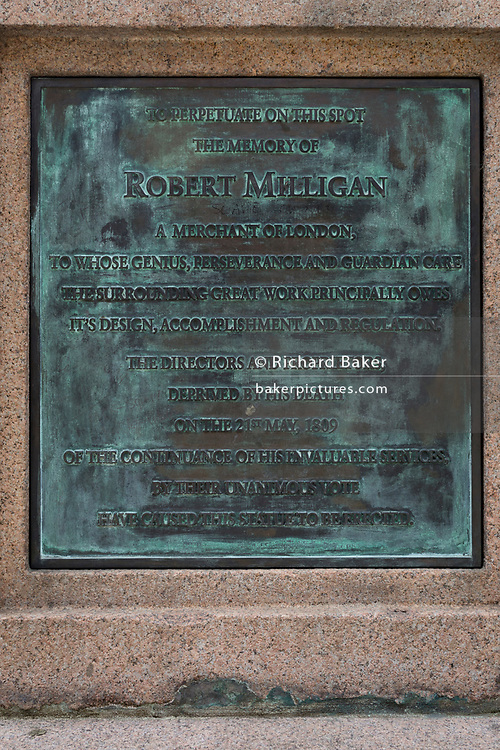