During a journey into America's hinterlands, days after the September 11th attacks in New York and Washington DC, a sign spelling out a message of faith and patriotism is seen outside the Upper Seneca Baptist church in Cedar Grove, Maryland. The preacher has written God Bless America but has misspelled 'devastation' that the Devil is bringing. Messages and slogans appeared all over America following the trauma and the desire for retribution following the terrorist attacks that killed thousands, Christians wanted reprisals as emotions ran high in the media. Small community churches preached against Islam in the same breath as the Devil's evil. The rhetoric of the Crusades as said by President Bush was also a popular way of stirring the propaganda for invasion and war. . 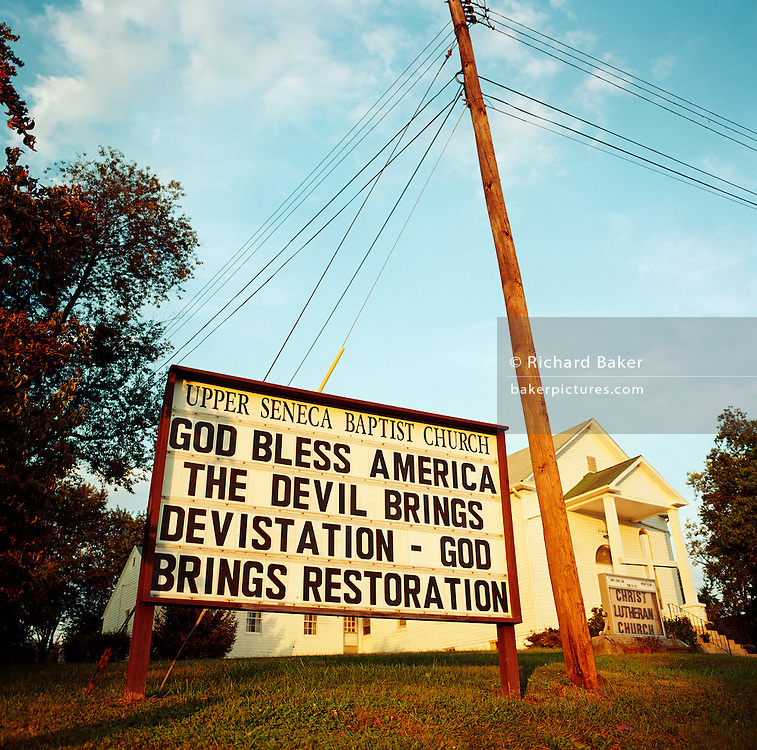