Listening intently to a speech given by the Rt. Hon. Kenneth Clarke MP, the then-Chancellor in John Major's Conservative government of 1994, these city and financial dignitaries have feasted well in the old Guildhall, the City of London's town hall - the Guildhall - in the historic financial district of the capital. Wearing formal banquet attire, these chiefs of industry appear to be an all-male audience though there were also women sat at tables during the Banker's Dinner held every in June when the Chancellor of the Exchequer delivers a speech known as the Mansion House Speech hosted by the Lord Mayor, which takes its name from his official residence nearby. They concentrate on the speech to hear the Chancellor's predictions for growth and prosperity. 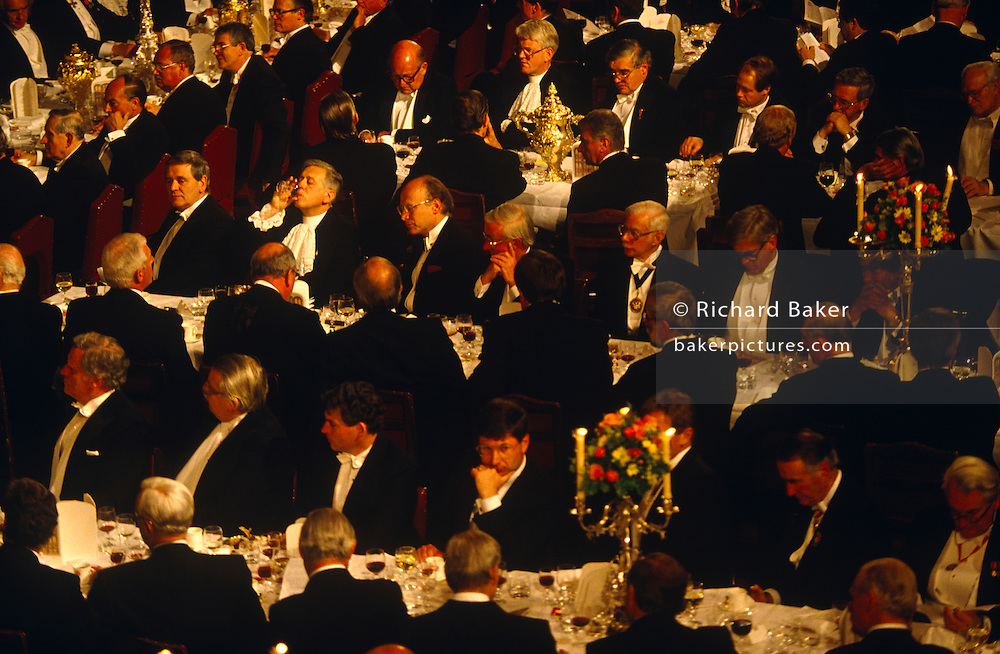