From a tour bus is the Lion's Mound on the Waterloo battlefield, on 25th March 2017, at Waterloo, Belgium. The Battle of Waterloo was fought on 18 June 1815. A French army under Napoleon Bonaparte was defeated by two of the armies of the Seventh Coalition: an Anglo-led Allied army under the command of the Duke of Wellington, and a Prussian army under the command of Gebhard Leberecht von Blücher, resulting in 41,000 casualties. 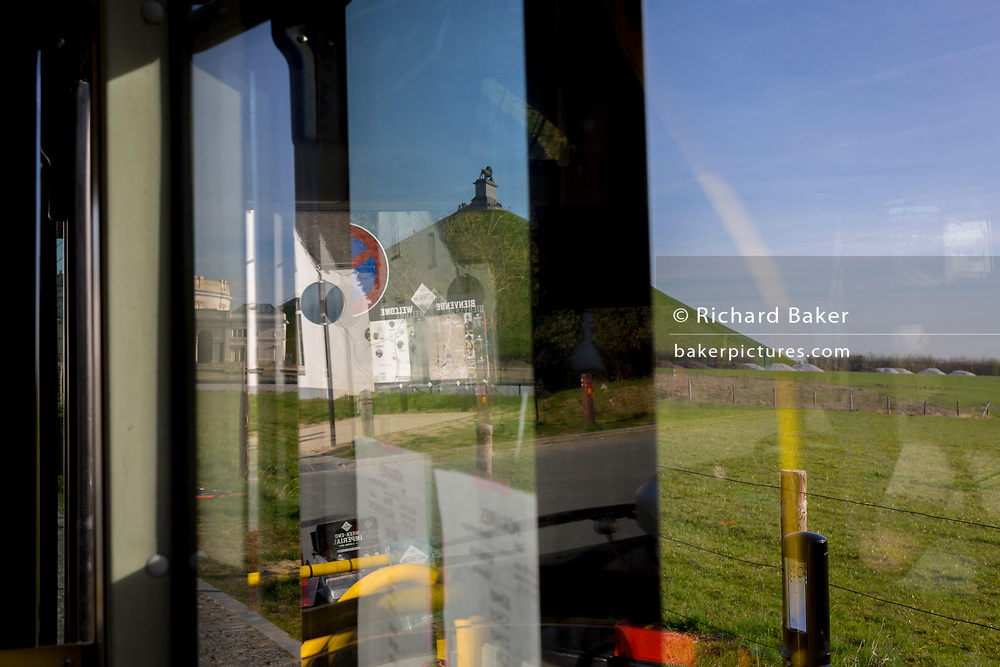