WHile awaiting their applications for political asylum to be processed, three Sri Lankan Tamil families stand for a portrait in a North London play park, on 16th January 1986, in London, England. The Tamils are from the Indian Ocean island where the civil war there is ongoing and where the Buddhist government have been persecuted by the Singhalese majority. The families have recently arrived in Britain and are temporarily housed in council flats in Chalk Farm in North London. 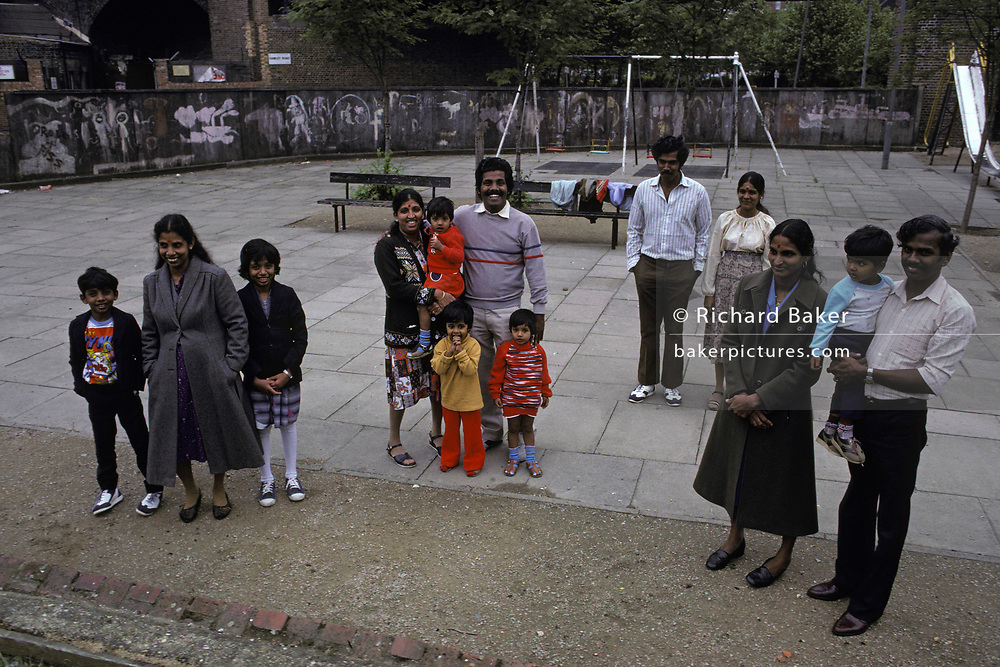