A Western couple sit in meditation looking at a portrait of the Indian guru Shri Mataji Nimala Devi, at south London's Lambeth Show. Nirmala Srivastava (née Nirmala Salve, more widely known as Shri Mataji Nirmala Devi) (March 21, 1923 - February 23, 2011) was the founder of Sahaja Yoga, a new religious movement. She proclaimed that she was the complete incarnation of the Adi Shakti, and is recognized as such by devotees in 140 countries. Nirmala Srivastava died on February 23, 2011, in Genoa, Italy at the age of 87. 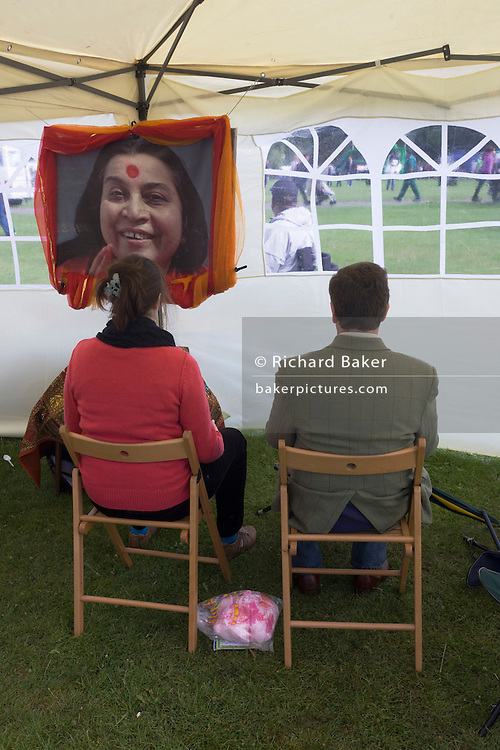