A menswear shop mannequin lies on the ground of the store at Liverpool Street, days after a terrorist bomb in nearbny Bishopsgate. Crowds of bargain hunters queue outside to buy damaged stock after the blast. Everything is reduced by up to 75% off this shop and others like it are popular as Londoners make the best of troubled times again. The Irish Republican Army (IRA) exploded a truck bomb on Bishopsgate. Buildings up to 500 metres away were damaged with one and a half million square feet (140,000 m) of office space being affected and over 500 tonnes of glass broken. Repair costs reached approx £350 million. It was said that Roman remains could be viewed at the bottom of the pit the bomb created. One person was killed when the one ton fertiliser bomb detonated directly outside the medieval St Ethelburga's church. 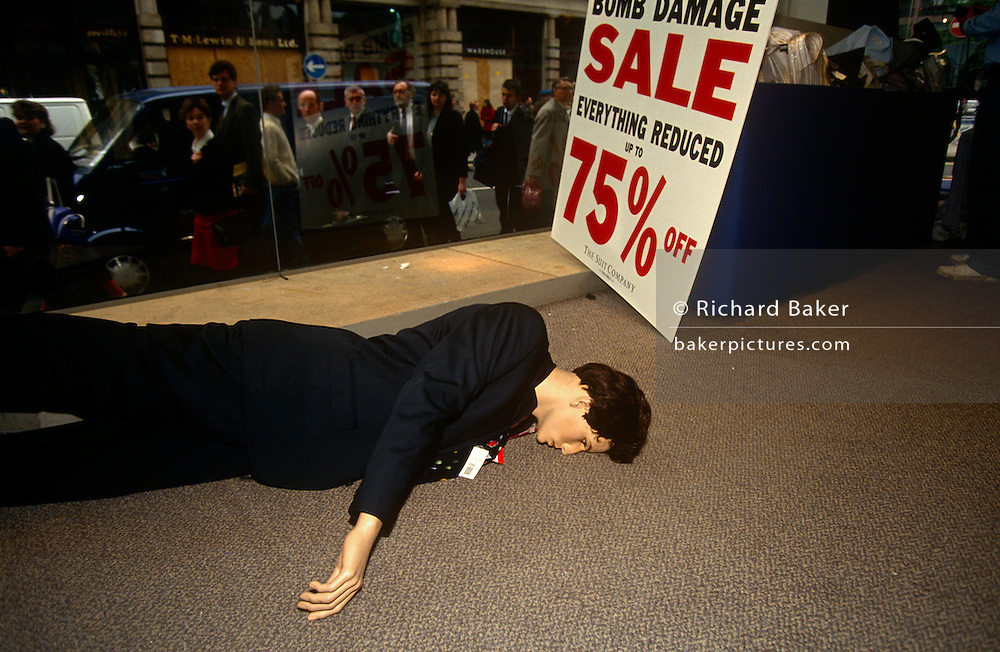