Local youths sunbathe while others are about to dive off the Ponte de Dom Luis I bridge with the city of Porto behind on the River Douro, on 20th July, in Porto, Portugal. For the price of a Euro, will the boys leap off the girders, into the cold water - known as tombstoning, due to its obvious dangers. The Dom Luís I (or Luiz I) Bridge is a double-decked metal arch bridge that spans the Douro River between the cities of Porto and Vila Nova de Gaia in Portugal. At the time of construction its span of 172 m was the longest of its type in the world. (Photo by Richard Baker / In Pictures via Getty Images) 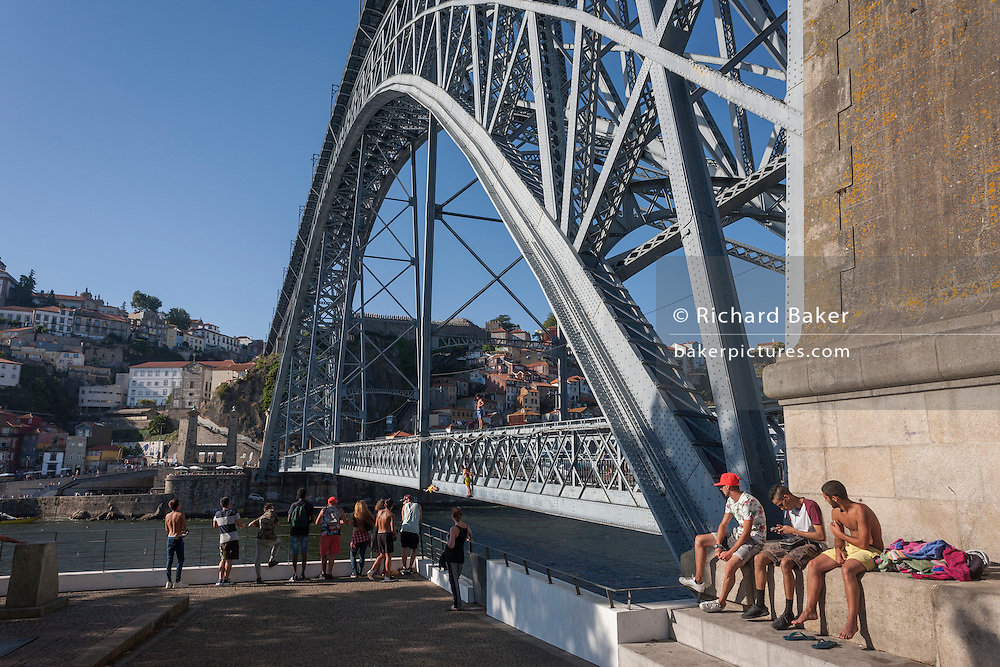