After an internal meeting, a male employee is ready to leave a small conference room at the British Airways' corporate headquarters at Waterside at Harmondsworth near Heathrow Airport. Themed rooms like this are titled after BA's destinations - in this case, the southern French Cote d'Azur town of Nice. The man is reaching out to shake a colleague's hand before they all exit and re-convene elsewhere. Focus is on the room's name and not on the man, who remains anonymous. From writer Alain de Botton's book project "A Week at the Airport: A Heathrow Diary" (2009). . 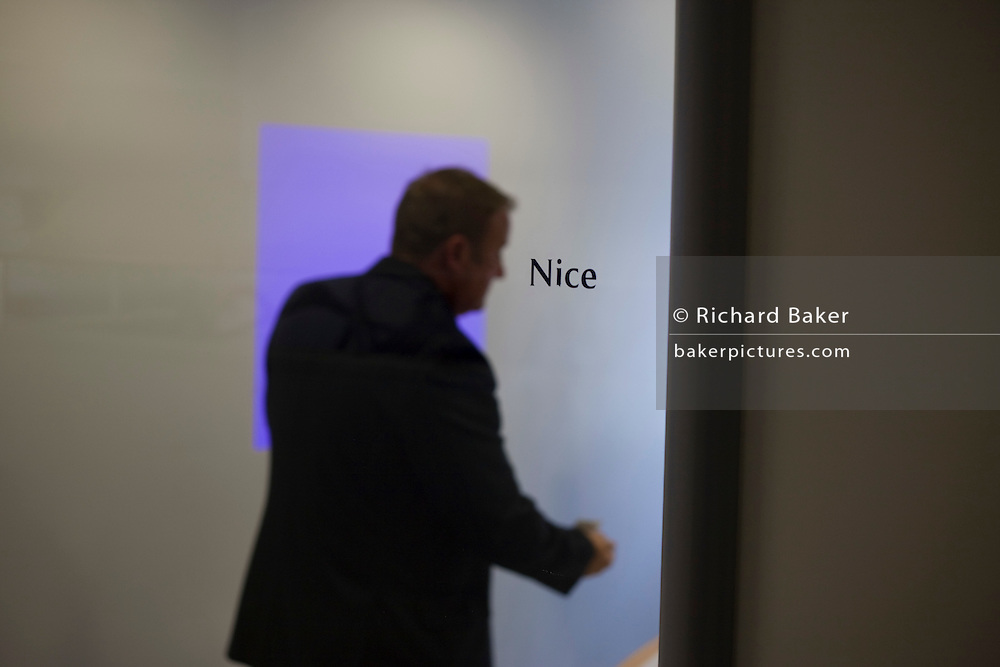