Waiting in line for a departing flight, an airline captain patiently queues with his flight baggage along with passengers. Rather than being on duty and flying the aircraft himself, he is travelling home as a passenger. On many commercial flights, off-duty air crew position as passengers. Airlines plan complicated logistics with cabin and cockpit crew members' duty rosters. This man's four stripes denotes his seniority as a captain who flies right-hand seat, in command of a airliner. In the US, pilots might also have National Guard careers flying jet fighters in times of conflict while off-duty in airline shifts. Picture from the 'Plane Pictures' project, a celebration of aviation aesthetics and flying culture, 100 years after the Wright brothers first 12 seconds/120 feet powered flight at Kitty Hawk,1903. . 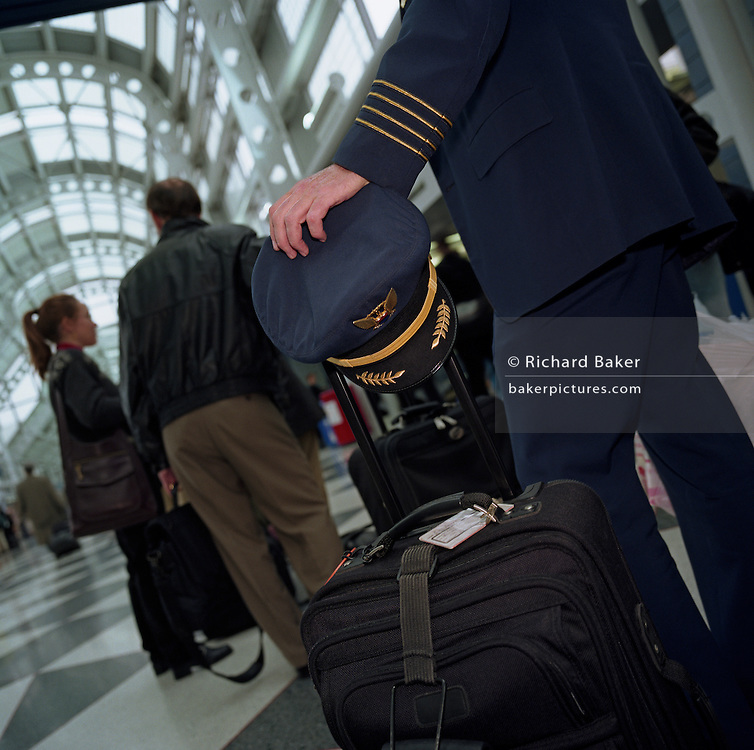