Young men shovel brown coal from street level, and into a cellar after being dumped by delivery men on a street in Aue, a mining town in the Ore Mountains known for its copper, titanium, and kaolinite. The town was a machine-building and cutlery manufacturing centre in the East German era with a population of roughly 18,000 inhabitants. It was the administrative seat of the former district of Aue-Schwarzenberg in Saxony and part of the Erzgebirgskreis since August 2008, on 15th June 1990, in Aue, Saxony, Germany. 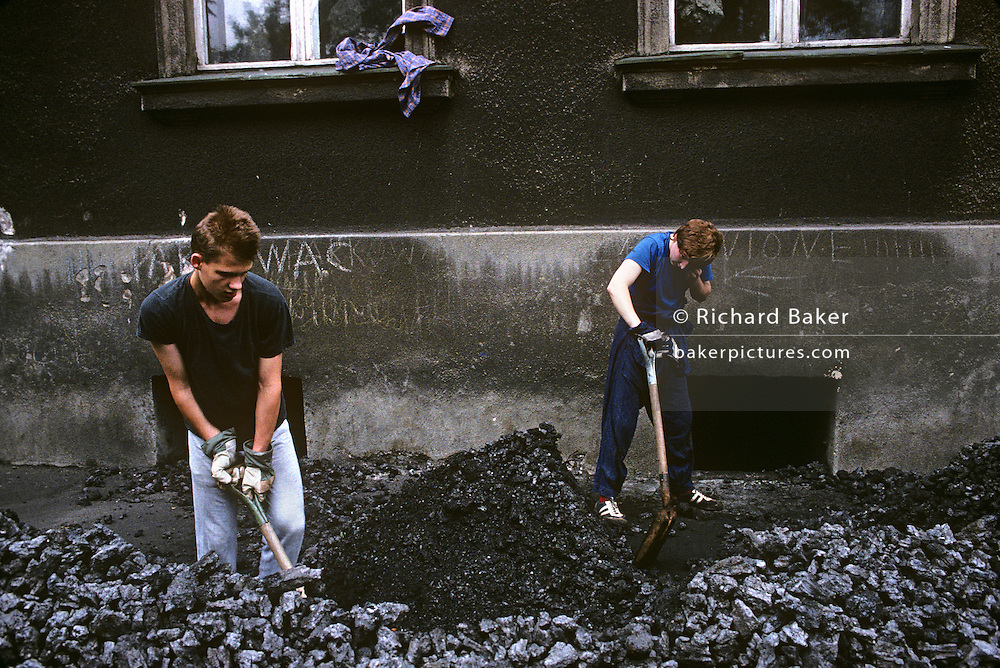