London 14th November 2015. Soldiers gather before the Lord Mayor's Show in the City of London, the capital's ancient financial district founded by the Romans in the 1st Century. This is the pageant's 800th birthday and the 250 year-old horse-drawn guided State Coach will be pulled through the medieval streets with the newly-elected Mayor along with 7,000 others. This first took place in 1215 making it the oldest and longest civil procession in the world which survived both Bubonic plague and the Blitz. Richard Baker / Alamy Live News 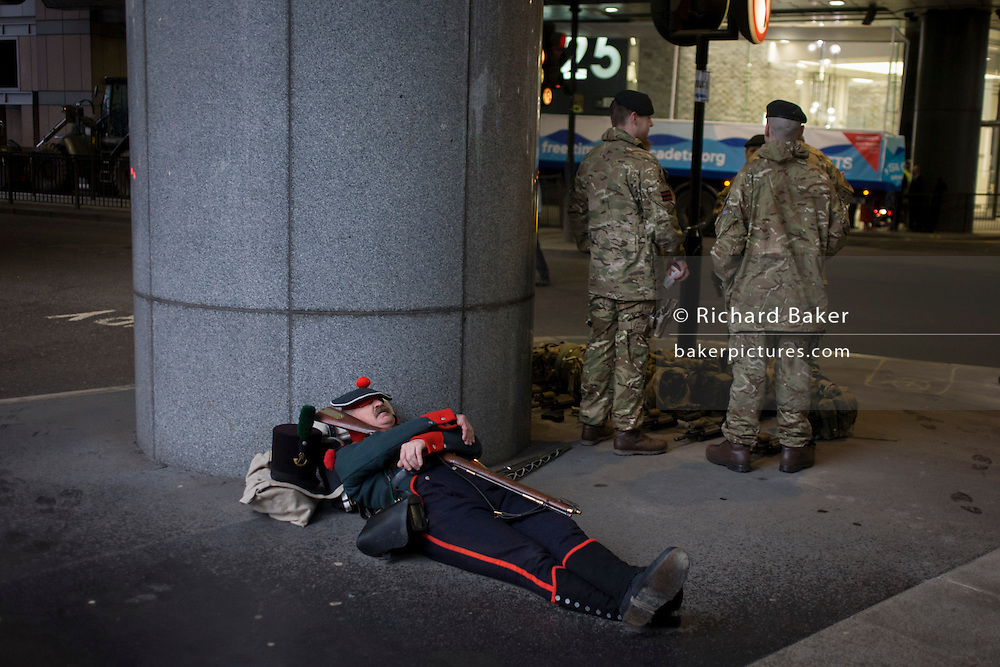